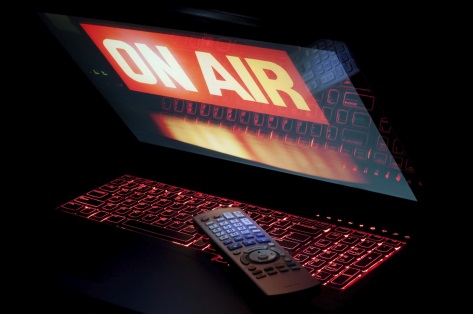 Australian analytics firm Telsyte have released a report today that demonstrates Australians are switching on to Internet Protocol Television (IPTV) at a rapid rate, with over 300,000 subscriptions across the nation.

Unlike digital television, IPTV can be accessed with most modems, and plays on a computer with the free and popular VLC player. Some modems can decode the TV signal itself, and transmit straight from the modem to the television. Smart TVs (television sets with their own network connection or wireless capability) can grab the data straight from any modem and do all the work, without the need for any set-top boxes or expensive monthly subscriptions.

FetchTV, an independent service with agreements across a wide variety of internet service providers, provides a free service that includes all terrestrial digital channels, as well as a handful of international news and entertainment channels. For a fee much smaller than typical pay television subscriptions, movies and programs can be bought on demand, and packages of premium sports and entertainment channels can be added. Games and apps are also becoming part of this world.

Other services, like Google’s Smart TV and Sony entertainment channels (available on select models) further add to the IPTV ecosystem, which is expected to grow much faster than other TV innovations currently on offer, such as 3D. With an increasing number of Australians enjoying unlimited data plans on their broadband connections, more and more will use these connections to enjoy a much broader range of couch-bound entertainment.

Apple currently offers an Apple TV product that effectively acts as a set top unit, connecting to the TV and offering content via iTunes- including apps. A full unit that incorporates the monitor, a network connection, and access to Apple’s entire range of apps, movies, music and more, coupled with a broadcasting service, is expected to be introduced some time in 2012. With US DVD-rental service Netflix getting into content creation, some have speculated that this might be the arena where Apple will put its $100bn cash reserves to work. Stay tuned!

5 Weird Ways of Transmitting Data
When it comes down to it, the internet is just a way of transmitting data from one computer to another - so any transmission medium can potentially become part of the world wide web. Here are some of the weirdest ways people have come up with to connect to the internet: 1. Over wet string Engineers at a small British ISP managed to create a
The Role of The Australian Government on Broadband Internet
It has been more than eight years since we covered the Australian Government’s stance on bringing broadband internet to everyone in Australia. That’s enough time for a baby to enter grade four. With multiple government changes in the interim, a reflection at how things have been going is long overdue. First of all though, let’s take a quick look
The Argument for Mobile Broadband
<p> <p class="MsoNormal"> <p class="MsoNormal">Our role at CompareBroadband is to analyze the market for broadband internet connections, both in terms of what customers want and what ISPs are offering, and to make a recommendation to best suit each individual. We&rsquo;re notorious bargain hunters, but we calculate a &lsquo;bargain&rsquo; by a
Seniors Plans
There aren’t many plans out there that ‘target’ seniors, and that’s actually a good thing. The last time plans were available that were heavily marketed to seniors, they were 200MB broadband plans that charged for any usage above that amount. These internet plans eventually disappeared after some companies suffered terrible press and Ombudsman