Broadband to generate a trillion dollar economy by 2050

A new report commissioned by IT vendor IBM has found that Australia may be generating $1 trillion in revenue by 2050, mostly through the availability of high-speed broadband.

IBM reports that "the ubiquitous adoption of very high-speed broadband services will enable all sorts of innovations across different sectors of the economy; from business to business, business to the home, and machine to machine. In turn, these applications will help address social and economic challenges." 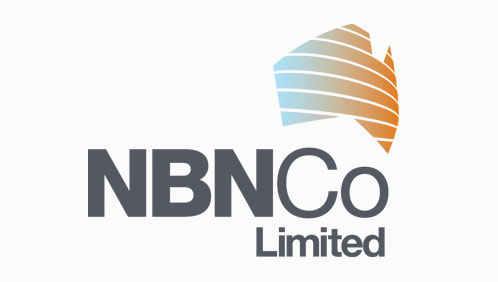 The $1 trillion broadband-powered national revenue means an increase that is nearly eightfold from Australia's current revenue of $131 billion. This is a boost in productivity growth of up to 1.7 per cent (Australia is currently at 0.6 per cent, making this a massive change).

While this is exciting news for some of the key Australian industries who will benefit from the burst in broadband, including retail, mining, health care, public administration, science services, education, and transport, the report also serves as a warning for those industries that are falling behind. The author of the report, IBISWorld founder Phil Ruthven, has speculated that unless some industries make a big push to make their mark in the digital future, they may not have a place in it.

Industries that may not survive to enjoy the Australian economy include book, magazine, and newspaper publishing and retailing, radio and television broadcasting, the reproduction of recorded media, and film processing. Online or digital equivalents will replace them, considered cheaper, easier, and more accessible.

Ruthven said: "They're certainly not going the right way. Some I can't see reinventing themselves, but some of them might well be able to do that."

In addition to this, the report predicts about how high speed broadband will affect Australian individuals, forecasting that by 2020 the average Australian consumer will require a monthly data allowance of 200GB, and that one in four people will be able to work from home at least part time by 2050.

The report offered advice for those businesses that need to kick their digital plans into gear in order to be able to take advantage of these expected productivity gains. The report advised: "Companies must constantly explore how they can most effectively capture revenue, structure enterprise activities and take a position in new or existing industries. Subscription or per-usage fees? Acquire new skills or outsource certain functions? Collaborate with competitors or break into an entirely new industry? Answers to these questions will help determine flexible new business models that are suited to the era of accelerated digital transformation."

Of course, the great provider behind all of this change and growth will be the National Broadband Network, which will create ubiquitous high speed internet across Australia with speeds up to 100Mbps.

IBM managing director Andrew Stevens explained why they had commissioned the report to show just what high speed broadband could do for the country, saying: "We were, quite frankly, a little frustrated by [the NBN debate] and by the lack of vision. Being amongst those people who were over the horizon, in terms of confidence in the economic impact of this, we thought we should actually do some quantitative and qualitative research to prove our confidence – or disprove it."

The report points out that high speed internet, under the NBN, will become "the new utility", comparable to other utilities that have transformed society in the past, such as water- and steam-driven mechanical power utilities in the Industrial Revolution, and the electricity grids and telephony systems of the late 19th and early 20th centuries.

It's good news for Australia, and good news for supporters of the NBN – particularly those troubled by consistent arguments from NBN detractors that it's too expensive and a waste of money that will not, ultimately, be returned. Now, IBM have found the evidence: that the money will be returned over and over again, with a burst in growth for the vast majority of Australian industries.

Ruthven stressed the importance of overcoming the most important obstacle in the way of high speed broadband in Australia and this growth in the economy: scepticism.

Ruthven said: "First of all we have to try and convince the naysayers that in fact fast broadband is the new utility of the new century. Because I think there's been so many naysayers out there suggesting we don't need it, which is a bit like saying 'dirt roads were quite adequate 50 years ago, who needs a sealed road and a four lane highway?'"

He was backed up by David Kennedy, the practice leader for the Asia-Pacific arm of research analyst Ovum. Kennedy has stressed that "the most important thing is not to fear the future. What we've seen around the world is that we're in a period of great disruption. A lot of what we've taken for granted in the post-War period is breaking up before our eyes, and there are two sort of responses you can have. The first is that we have to defend what we have, we've got to try and protect the o old system, throw everything we've got into keeping that going. You can see that happening right now in Europe, that's exactly what they're doing.

"The alternative is to say no, there's real opportunity here, and we have to be prepared to adapt and change to pursue that opportunity."

NBN-based connections are not yet widely available. For those who want to take advantage of great value plans with short or no contracts, we recommend: