Imagine being able to detect an earthquake on the side of the planet, or having the ability to feel the seismic activity of the very moon. This is a daily occurrence for Catalan avant-garde artist and cyborg, Moon Ribas.

Though it sounds like the stuff of science-fiction, Moon is one of the many people who are embracing transhumanism by levelling up with implants and Wi-Fi, becoming a biological conduit for the Internet of Things. Moon then channels her cyber-enhanced senses into interpretive performances, translating the Earth's movements into her own dances and sounds.

Working with fellow cyborg-artist Neil Harbisson, Moon founded the Cyborg Foundation, an organisation that is focussed on the promotion, development and defence of cyborgs. In 2017, she also co-founded the Transpecies Society, an association that gives voice to non-human identities and offers the creation of new senses not too dissimilar to her own. "Since 2013 my body is permanently connected to online seismographs from around the world that allow me to feel the seismic activity of our planet" says Moon. "I can sense all the earthquakes in the world from 1 in the Richter scale through a vibration in my arms. If there’s an earthquake in Japan or in Greece, I will feel a vibration in my left arm. Depending on the intensity of the earthquakes the vibrations I feel are stronger or weaker."

The artist is also pursuing space exploration though her connection to her namesake; the moon. "I want to perceive moonquakes, the Moon’s seismic activity. I have an implant in my right arm (actually on the feet) ready to connect me to the seismograph on the Moon, so I will feel earthquakes in one arm, and moonquakes in the other one. This will allow me to be here and in space."

Moon says that her aim was to introduce her amazing enhances senses into her performance art. "One of my dance pieces is Waiting for Earthquakes, where I stand still and I wait for an earthquake to take place, which is very often, every time I feel a vibration I move according to the intensity of the magnitude of the earthquake. So, if there are no earthquakes during the performance, there’s no dance. This piece is based on real-time, so actually Earth is my choreographer, she tells me when to move, she marks the rhythm. Earthquakes are the natural rhythm of our planet."

The second is 'Biological Cyborg', which is Moon says is "the physical union between your organism and technology."

And thirdly, 'Neurological Cyborg', which is "the modification of the mind through cybernetics. If we extend our senses by applying technology in our bodies, we’ll modify our perception, and our brains in the long term." 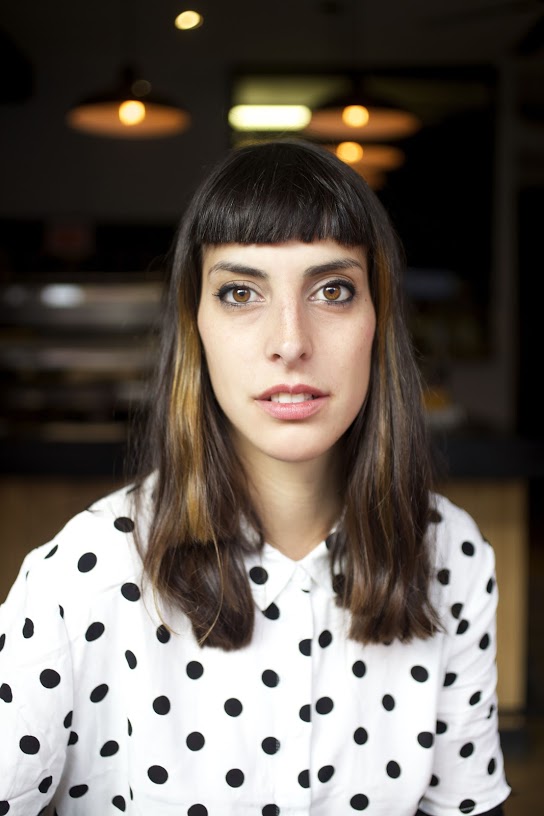 Moon says her cybernetic upgrade doesn't grant her an affinity with machines, but rather makes her feel closer to nature. "I can feel my planet, and I feel closer to other animal species because I can feel earthquakes like other animals can. If we would extend our senses in order to perceive and understand our planet in a deeper way, our behaviour would change. In this century, rather than giving new senses to our machines, we could give new senses to ourselves. For example instead of giving the sense to feel presence of what’s behind to our cars, we could have this sense for ourselves and have a deeper relation with our surroundings. Instead of using technology we can become technology."

Considering herself a "senstronaut", Ribas also believes that the world would be a better place if humans learnt to be more compatible with the Earth. "Let’s start using the technology we have to open our eyes, ours minds, let’s listen to our planet, and leave Earth in peace, let’s not try to change our planet and be brave enough to change ourselves instead. We are the ones who need to make sure that the union be- tween our species and technology does not alienate us from nature but instead brings us closer to it, to other animal species, to our planet and to outer space."

You can learn more about Moon Ribas and cyborg art by clicking here, and you can make sure your own body/home is getting the best Wi-Fi by clicking here. And if you want to stay updated on all things broadband, why not follow us on Facebook here?