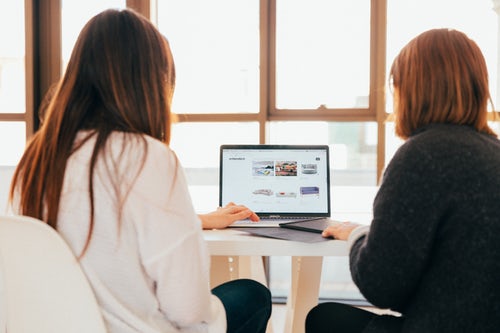 And look, while that certainly may be true in many cases, it's also very possible that the cause of the problems may be the browser. And if that is indeed the case, then what web browser is the preferable one? And how do change it? Read on, my curious friend...

Firstly, if you truly are as tragically unfamiliar with the technological worlds as I very recently was (and largely still am), then here's a quick clarification, taken from our handy dandy Ultimate Glossary: "A web browser is any software application used for looking at (or indeed browsing) the internet." If you're reading this online, then you're very likely using a browser right now (unless you have some manner of supernatural technocracy powers, in which case I revere and fear you). Though many folks get the two mixed up, a web browser is distinct from a search engine; a search engine (such as "Google", you may have heard of it) houses searchable data regarding other websites, but to even get to Google's domain page, you need a web browser (barring the aforesaid supernatural technocracy, my liege). Think of your web browser as an access portal. YEAH YEAH YEAH, SO WHAT ARE THE BEST WEB BROWSERS OF 2019?

Now of course, this is a purely subjective ranking, but going off performance reviews and personal experience, here are, in no particular order, our top 3 internet browsers of 2019...

I think Mozilla Firefox is arguably the best named of all the browsers, as the "Mozilla" part makes me think of mozzarella and the "Firefox" part makes me think of foxes that are made of fire. But does it live up to it's amazing name?? Well honestly, I don't know how anything could live up to a name that makes me think of a Cheese-Fire Kitsune, but the browser has indeed remained a popular fan favourite. Firefox has long been known for its superior speed  and its strong privacy tools - while many browsers offer a so called "private mode", many of them still allow certain websites to track your activity, whereas Mozilla Firefox's incognito mode prevents that with its ad and tracker blockers. Mozilla Firefox is free to download.

The Search Engine Conglomerate has been a popular pick for net-surfers since it first came out in 2008, and for good reason. As TechRadar recently write, Google Chrome is "cross-platform, incredibly stable, brilliantly presented to take up the minimum of screen space, and just about the nicest browser there is to use." Google Chrome is also free to download.

The much lesser-known Opera is somewhat of an underdog. If it had a heyday, it was before Google Chrome was released, but despite not being as popular as certain other browsers, Opera is still doing good work and still kicking strong with a loyal (if cult-like) fanbase.

PC World recently lauded the browser for its Turbo function, "which saves on load times and bandwidth by compressing webpages on Opera’s servers. It’s also got a nice security feature called domain highlighting that hides most of the URL so that users can see easily and clearly if they’re on Google.com or google.com.scam.com."

Opera's modern relative obscurity combined with superior operability (pun intended) make Opera an excellent browser, especially if you're a big ol' Tech-Hipster! If you want Opera on your phone, you can download the Opera Touch, which features an award-winning user interface with a faster web search, or the Opera Mini, which saves you up to 90% of mobile data and blocks ads, which will speed up your surfing. Opera also has a gaming browser known as the Opera GX. OK I ALREADY TRIED ONE OF THESE FANCY-PANTSY INTERNET BROWSERS AND MY WEB SURFING IS STILL SUPER SLOW AND GLITCHY, WHAT'S UP WITH THAT?

Well as I mentioned all the way back at the top of the page (remember that? We were so much younger then), though there are many favourable web browsers to choose from, your internet woes may be stemming from a different problem altogether. Something could be disrupting your Wi-Fi, or you simply might need a better internet plan/provider to suit your specific needs. You can probably find one that's better suited to your area/budget/web-habits... why not click though to have a look for yourself? Or give us a call for a free consultation on 1300 763 813. It's fast, it's simple, and it's absolutely free!

Have you experience and/or opinions contrary to those written above? Well that's cool, drop us a comment and (politely) let us know about that! Ecosia isn't a browser, but rather a search engine that you can tack onto whatever browser you have, and it allows you to fight climate change just by doing whatever it is you normally do online. A relative new contender, the company's whole deal is that they offer an ethical and environmentally proactive method to surfing the web; they are predominantly focused on reforestation, use much of their profits to help plant trees.

They are also 100% powered by clean energy, having built their very own solar energy plant. Ecosia CEO and Founder Christian Kroll has stated that "When you install Ecosia, every search actually removes CO2 from the atmosphere because we use our profits to plant trees. This means that, if Ecosia were as big as Google, we could absorb 15% of all global CO2 emissions! Google has been carbon neutral since 2017, but it’s only by searching with Ecosia that you can actively help to mend our planet."

Additionally they prize their customers' privacy; they won't store your searches permanently, or sell your data to advertisers. The website keeps a running total of the number of trees they've planted at the top of the screen. At the time of writing, they have planted close 70,000,000 trees! Give 'em a whirl, I reckon. They are, you guessed it, free to download.