What would an EMP attack do to your internet? 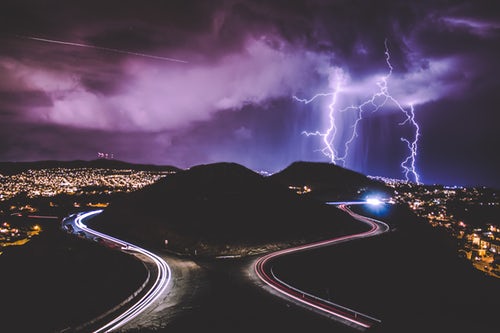 An invading army swoops in and utilises a weapon of pure energy manipulation to take out our infrastructure. It sounds like the stuff of science-fiction, doesn't it? But then, once upon a time, that's how the internet sounded. So what would the former actually do to the latter? What would an EMP attack to do to our beloved interwebs?

An EMP (or "electromagnetic pulse" for those of you who have the time) is generally very disruptive, if not destructive, to most forms of electronic technology. EMPs can effect everything from gasoline engine ignition systems, to the Earth's very magnetic fields. At high energy, they can also be damaging to physical objects. Trees, planes and buildings are all known to have had their proverbial hair tussled by EMPs; though in most instances, it's been from naturally occurring EMPs, like lightning strikes thrown down by Zeus, King of the Gods (citation needed). 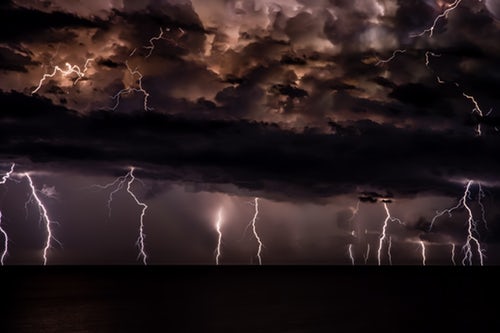 A large scale EMP occurrence could wreak utter havoc on a ciy. Scarily, but not at all surprisingly, various military forces have developed different kinds of weaponised EMPs. This includes tactical EMP missiles with a limited effect radius, to the much more devastating nuclear bombs - capable of effing-up large scale areas with maximum EMP. Of course, in the event of a nuclear electromagnetic attack, the nuclear part is likely going to make wi-fi connectivity the least of our worries. But what is to become of the nuclear-survivors who simply must get their internet fix?

Well the good news is, though an EMP may take out your immediate source of power, the internet ain't going out so easy. Like the army of Terminators the internet will (probably) one day birth, it is resilient. The internet is not a physical entity, nor does it have a central hub. It extends to the depths of the ocean, as well as miles above the ground, which is why it's not completely silly to think of "the Cloud" as a little bit literal, IMHO. I imagine a sitcom scenario where Siri and Alexa live in an actual cloud together, and their landlord is the almighty Zeus, our Lord and Saviour (citation needed).

So even if large chunks of our cities are completely EMPeed upon, internet routers should be able to work around the catastrophe and keep your dank memes and salty posts churning. You can help fight the good fight by 'gramming war bonds & stamps, and by getting the best deal on the best internet here. Godspeed, and may Zeus be with you.