When Did the Military First Weaponise Memes? 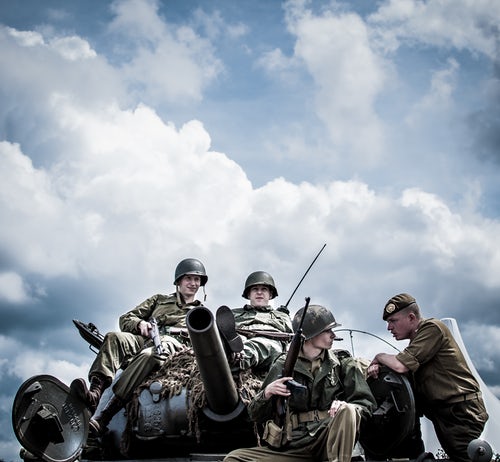 Was 2011 a golden age of memes? I mean, we had Scumbag Steve, Rebecca Black, Pepper Spraying Cop, Conspiracy Keanu, Nyan Cat, 60's Spider-Man - and so many more classics. What a time to be alive!

With such a meme renaissance abounding, I suppose it was only a matter of time before someone thought "hey, what if we used memes for evil?".

One such person was Dr. Rober Finkelstein, who proposed that the U.S Department of the Defence initiate a Meme Control Centre. Seeing innocent memes (OK, and also some toxic memes) as potential weapons of information warfare, Finkelstein coined the phrase "memetic warfare" as DARPA looked at building a "Social Media in Strategic Communications" initiative. The plan was to have the Brass bombard American society with memes that would condition them into being cooperative and servile. The Social Media in Strategic Communications (or "SMISC" to its friends) stated that its primary objectives were as to...

1. Detect, classify, measure and track the (a) formation, development and spread of ideas and concepts (memes), and (b) purposeful or deceptive messaging and misinformation.

3. Identify participants and intent, and measure effects of persuasion campaigns.

The proposal didn't really fly at the time, and it was put on the backburner.

Though the it's hard to imagine a government-committee-meme ever truly being successful (anyone remember "Stoner Sloth"?), it's arguable that modern memes are still being used to spread propaganda and influence minds, whether it's through satirical humour or straight up misinformation. A paranoid mind might even wonder if the memes we know and love today aren't secretly government planted mind-bombs that are indoctrinating us on the deepest subcocious level. Could American Chopper Argument be brainwashing us? Could Zuckerberg? Could... Yodel Boi?! Oh dear lord, not Yodel Boi. Don't let it be Yodel Boi.

Whether you're drinking the Kool Aid or leading the resistance, your'e going to need the best internet available to you. Click here to sort that out.