Is there a difference between a Telstra DSLAM and an Internode DSLAM?

We’ve talked a bit about how an ADSL service gets to your house along the copper telephone network. But once it hits the telephone exchange, your tenuous copper connection is connected to a big, bad piece of networking equipment with an epic name – DSLAM (”Dee-SLAM!). What is this device, and is there a difference between Telstra’s DSLAMS and that of other providers like Internode?

In the parlance of providing broadband, DSL (Digital Subscriber Line) is a generic description that could, theoretically, apply to mobile, or cable as well. But in time, DSL has specifically come to refer to broadband-over-copper telephone lines. The ‘A’ is ADSL refers to Asymmetric, or Asynchronous. In either case, this refers to the fact that ADSL allows for greater download speeds than upload speeds, making it ‘sync’ unevenly. This isn’t by design – providing a synchronous DSL service (SDSL) requires that the end user equipment be capable of much more than your $100 Netgear modem is capable of. As most consumers are unwilling to install costly networking equipment in their home, and as most consumers are looking to download more than upload, putting the A in ADSL is a matter of market desire and technological capability marrying up.

A DSLAM is a Digital Subscriber Line Access Multiplexer.  It is basically a large array, or rack of network devices (like modems), wired up together and in turn connected to a main telephone switch. That in itself is a much more complicated device. But it’s not far off from what you’d imagine – it’s a big computer that routes your telephone calls across big interstate (and international) links, to be switched by a similar device on the other end. In most cases, those links are fibre-optic cables. But in ye olden days, these big links were just big bundles of copper lines with a thicker gauge. These big switches are commonly referred to as Trunks (providing the ‘T’ in STD, or Subscriber Trunk Dialing). 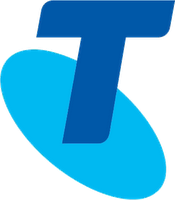 Telstra installs DSLAMs pretty much everywhere, as part of their own strategy. Telstra has a Universal Service Obligation (USO) to provide telephone service to every home and business in Australia, as a condition of their privatization. Because they own the exchange buildings, and the network, and the conduits in between, they have much lower unit costs to install a DSLAM at nearly every exchange. To date, they have a DSLAM serving some 2000+ exchanges, which is nearly every active and running telephone exchange in Australia.

ADSL only maintains a signal to 4.5km, but a telephone signal can perpetuate at much further distances. As a result, many rural exchanges were built to service a radius of well over 4.5km, as they were only developed to serve telephone calls. Putting an exchange within 4.5km of every home in Australia would require about 10 times as many exchanges, and some exchanges would only serve a single household!

As a result, Telstra technically serves Broadband access to most areas, but in many of those areas, a good amount of people lie outside that 4.5km radius.

In many spots, Telstra have replaced a typical twisted-pair copper connection to each home with a collection of technologies that are incompatible with DSL. This includes Pair Gain and Remote Integrated Multiplexing (RIMs), which are used to cheaply and effectively extend the range and capability of a standard telephone loop. If you’re on a RIM, you can apply to Telstra for a Line Transposition Request, though this can be a lengthy and fruitless endeavour.

Telstra DSLAMS are used to provide BigPond internet connections. For the last few years, Telstra has been required to wholesale out space on their network for other providers to use. This allows for competitive providers to extend the reach of their own network.  Telstra Wholesale charge heftily for access to their network, so the final retail price of these “Off-Net” plans are often equal to or only slightly cheaper than BigPond’s own retail plans.

The main advantage of connecting to a Telstra DSLAM is the network is cared for by one of Australia’s largest and most capable companies. Telstra services most businesses, state and federal governments and is publicly listed, making it highly accountable. System failures on Telstra DSLAMS are relatively rare.

Another advantage is that everyone uses Telstra’s copper connection between the exchange and the home. When using a competitor’s DSLAM, there is another leap to make as the Telstra traffic is switched to a competitor DSLAM. When on a Telstra DSLAM, that’s one less route to take. As a result, direct Bigpond connections on a Telstra DSLAM are on average slightly faster than many other DSL connections to the competition.

The main disadvantage is the higher average cost of connecting to a Telstra DSLAM, whether you’re connecting with BigPond or on a TPG, Internode or other provider’s ‘Off-Net’ plan. Also, because Telstra DSLAMS cart so much traffic overall, in some spots congestion can become an issue. For instance, in a regional or rural area only served by Telstra, they will be carrying traffic for BigPond, and for every other provider - instead of spreading the load amongst several different provider DSLAMs.

Internode was amongst the first providers to install their own DSLAMs rather than rent space from Telstra. iiNet followed soon after (iiNet now owns Internode, and their DSLAMS are merging). Optus and TPG control their own extensive DSLAM networks,, with some other small providers also controlling significantly smaller networks. Most competitive providers, who lack the resources that Telstra has, will target those exchanges that serve the greatest number of potential customers. That means many people, within 4.5km of the exchange. In all, Internode/iiNet operates a network of over 400 DSLAMS, with TPG operating about 400, and Optus about 350. Unfortunately, these networks overlap, meaning that metro customers are spoiled for choice, while regional and rural customers are usually stuck with re-sold Telstra Wholesale connections.

Internode’s network of interstate and international links are owned and operated by Agile Communications, which in turn is owned by Internode. So Internode can provide direct maintenance and control over the operation of their network, from the exchange.

Internode was started by Simon Hackett, who still acts as Managing Director. Hackett has been an outspoken advocate for good cheap internet and a fixture in the Australian IT scene for over 20 years, and has initiated many innovations that have become common practice. Internode maintains an Australian-based workforce, and offers something of a boutique approach to providing an internet connection. They’re not cheap, but they strive to offer the best overall experience, from both a customer service and technology perspective.

Internode offer far cheaper prices on their own exchanges, and three tiers of service – Easy Broadband, Easy Bundle and Easy Naked. Easy Broadband allows for broadband + integrated voice-over-internet-protocol (VOIP). The VOIP service, or NodePhone is a better standard VOIP service than most, utilizing the best technology to achieve near-copper levels of fidelity. Easy Bundle plans bundle a typical Telstra landline phone and an Internode broadband plan. Easy Naked provides a broadband service only, with no home phone service (though a VOIP service can be bolted on). Internode also offers internet protocol TV (IPTV) services on their own DSLAMs. This is an internet based Pay TV service, using your connection instead of a separate cable or satellite signal. FetchTV, through Internode, starts from just $4.95 a month, making it one of the cheapest available Pay TV solutions.

So the main advantage of being on an Internode DSLAM include faster uploads, access to Internode’s best plans (including their Naked plans), access to IPTV and boutique levels of service. As Internode mostly uses their DSLAM networks for their own customers (they do wholesale a little bit), congestion is unlikely to be a problem. Internode’s slightly higher price range and portion control (they avoid Unlimited plans, to deter would-be bandwidth hogs) further helps keep their network neat and tidy.

The main disadvantage is that Internode is not as widely available as Telstra, meaning that a move to a non-Internode serviced address could be more disruptive than usual. But with their recent expansion and with the option of 1-month contracts (to avoid disconnection fees), that situation can be avoided.

Do I need an NBN Modem?
The NBN is tumbling towards completing its nationwide rollout. At the time of writing, over ten million Australian residencies have already been hooked up to the NBN (or National Broadband Network, if you have the time), and by 2020 it is estimated that rollout will be complete, with the rest of Australia's fixed-line phone and internet services
Refresher: What is a modem?
The word modem, for many people recalls the screechy plastic boxes made by firms like US Robotics that were in use in the Dial-Up age, c. 1997. These sturdy little units could deliver Yahoo, Geocities and Hotmail at the blinding fast speed of 56 kilobits per second (but usually 32 kbps to keep more stable).For a guide on how to configure an old
Why is my download speed so slow, and where does my connection come from?
Dodo, iPrimus, TPG and Club Telco all offer plans with unlimited downloads. Internode, MyNetFone, Optus and Telstra all offer plans with hundreds of gigabytes. The average Australian usage is about 21GB a month, though that figure is rapidly rising. So who is using all that data, and what for, and why are some things slower than others? Click here
How to configure your old Telstra or Optus modem to use with another Internet provider
Mobile phones have a market model that most people can wrap their heads around. In exchange for 24 months of guaranteed service, mobile providers will furnish you with the latest handset for free (or for a few dollars a month). The long contract offsets the price of a device that would otherwise cost you hundreds of dollars to buy