Comparing the Songs of Justin Timberlake 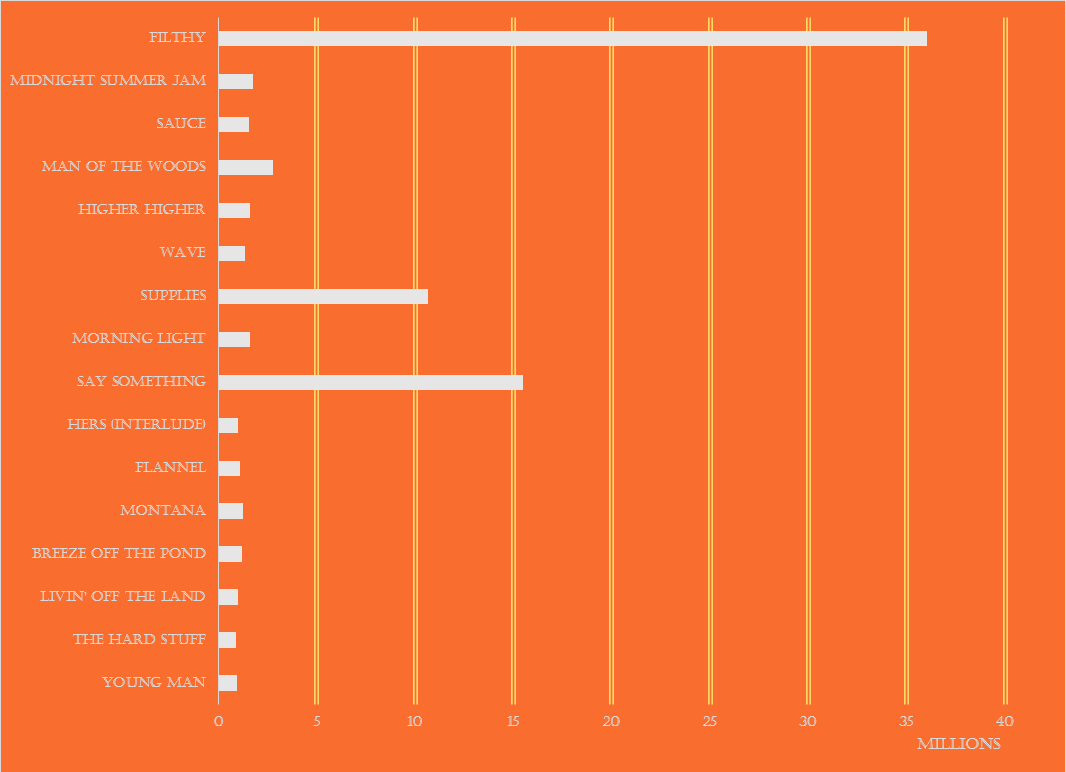 Not surprisingly, Filthy is leading the charge here (with around 36 million listens) since it's the first single to be released; but Say Something (15.5 million) has already overtaken Supplies (10.6 million) even though it's been out for less time. Keep in mind, the album has only been out for four days as of the time of writing, which probably explains why the non-single tracks are so much lower - but the album has already racked up over 80 million listens in total. 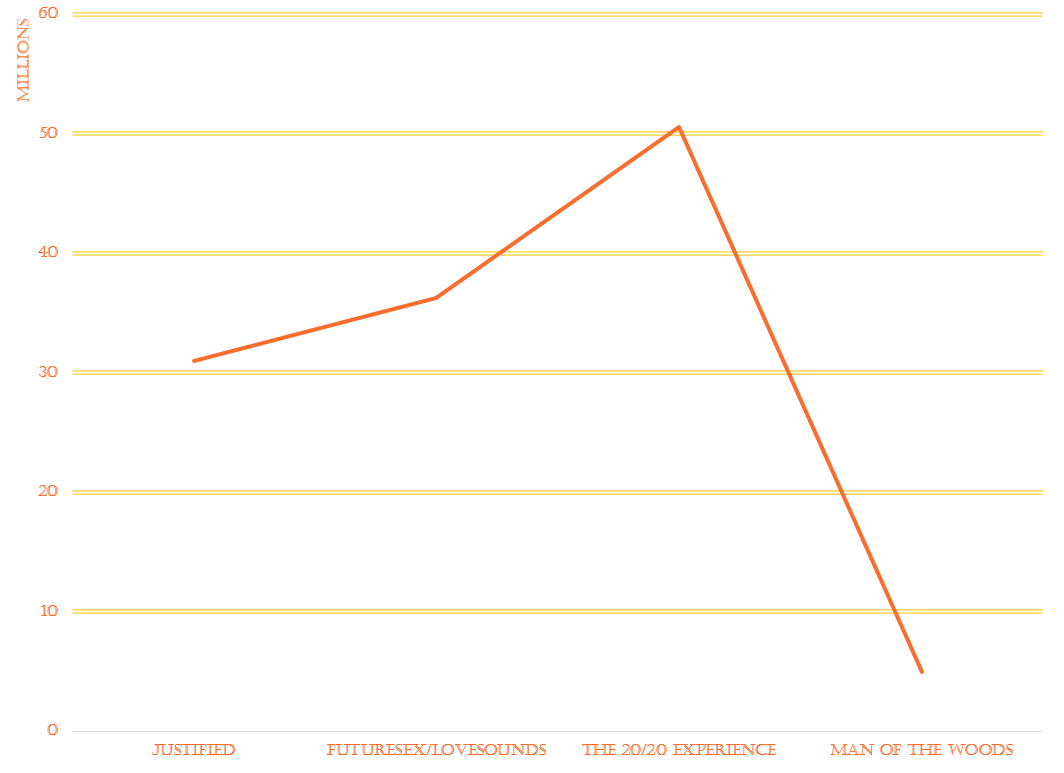 Here's the average number of listens per song for his last four albums - each one higher than the last, with the exception of Man of the Woods (again, though, it's only been out for four days, so give it a break). 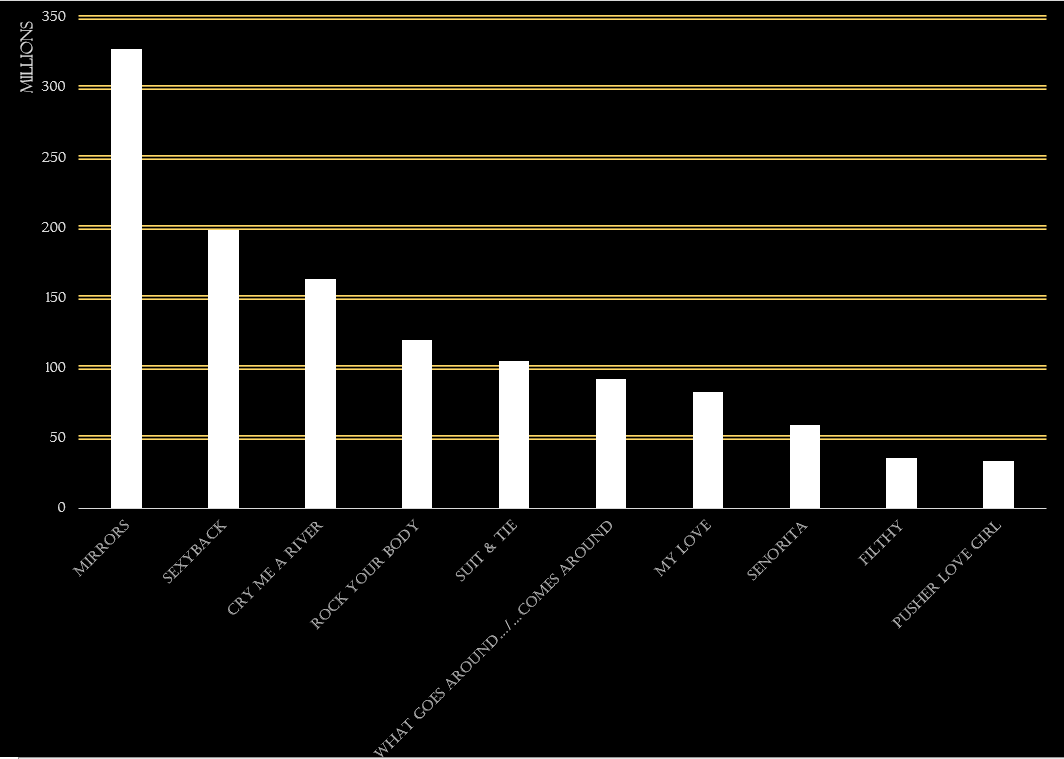 Finally, the top 10 songs. Mirrors is number 1, with an astonishing 327.4 million listens, followed by Sexyback (197.9 million) and Cry Me a River (163.1 million). Filthy has already found its way to number 9, despite being the most recent single. I think it's a crime that Senorita didn't place higher, but there's good representation for all his albums, with three each coming from The 20/20 Experience, Justified and FutureSex/LoveSounds, and one from Man of the Woods.