Spotify and the state of the music scene.

Looking back 2 years ago, the proposition of an extensive, unlimited music streaming service would’ve been disregarded as an idealistic fantasy. Let alone a legal one. Fast forward to the present and not only do we have services that are exactly that (see: Spotify, Grooveshark, Pandora, Rdio etc.) but they also have the backing of corporations that once sought to destroy all forms of free music. With every music listener's dream realized and then surprisingly endorsed by it’s biggest enemies, it would seem we have arrived at some sort of utopian compromise where everyone wins!

Except the artists that actually make the music.

Spotify and similar services run on a pretty simple “freemium” business model. Record labels and distributing companies allow their music to be streamed for free in order to get a cut in their own revenue (somewhere around 70%). How this money gets split between the artist and label/distributor is pretty much up to the discretion of the latter.

That’s if there’s even enough money to be shared in the first place. Some labels have withdrawn complete catalogs of music in protest over the unprofitable nature of these streaming services. The unfortunate bottom line here is that even if money is made as result of an artists work, they may only see a (very) small fraction of it. Based on the average royalty rate for an artist off one stream on Spotify ($0.0016), it would take an astronomical 4 million streams per month in order for an artist to earn the American minimum monthly wage. 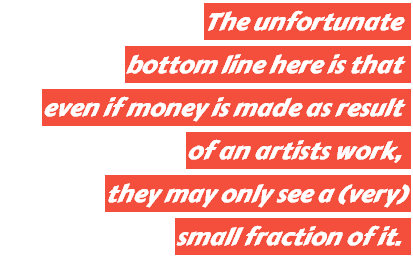 Whilst there’s no harmful intentions by service provider themselves (this is primarily an issue between artists and their labels) the issue does arise from the “freemium” model that these services function on.

The problem lies within the workings of contractual agreements for artists. Streaming services render songs economically useless by offering them for free, which beyond ethical concerns, actually disrupts the way artists are usually paid.

Royalties are paid by giving an agreed percentage of every song or album sale to the artist. This format has worked well in previous markets but has been unable to adjust to a digital market where money is made from ads and subscriptions rather than individual sales of songs/albums. While Spotify themselves actually may indicate to labels which artists generated what traffic, it’s up to the labels themselves to then divert that profit to the artists based on their contractual agreements. Again we find the responsibility lies partly with the provider but largely with the label. Fair labels will pay their artists their share. Bigger labels might not be forthcoming in handing over money they don’t need to.

And therein lies a theory behind the surprising success of these streaming services. 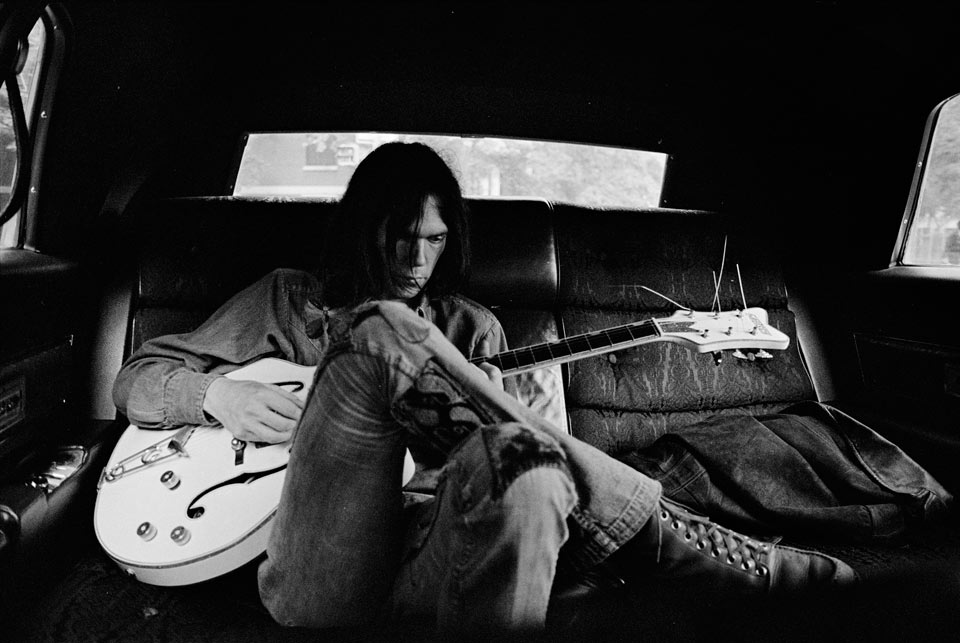 Country/Rock pioneer Neil Young is a little more proactive in his protesting against streaming services.

Obviously new contract terms will have to be negotiated by artists if free streaming services continue to grow and expand. The greatest fear for this solution is that labels and distributors might cut off access to content if profits decrease as well possibly sue them out of existence. In order for services like Spotify to remain in existence, the labels will always need to have the upper hand over the artists. 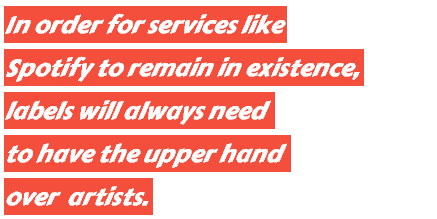 Beyond the financial complications that may plague these streaming services, there are also ethical ramifications. From the viewpoint of a consumer Spotify offers an amazing service for listening to and discovering music as well as integrating social features where you can share playlists seamlessly with friends.

From the viewpoint of artists however, allowing music to be something that’s free and unlimited strips away it’s artistic value. Artists such as Radiohead’s Thom Yorke, Tom Waits and Adele have all stood in moral opposition to Spotify refusing to release their new material on the service.

Financial and ethical complications aside, Spotify and similar services still embody the brash ideals they were founded on but despite all the luck they have received their futures are still uncertain.  If these services want to survive there has to be a resolution reached between customers, labels and the artists themselves. Perhaps even a revolution in how the music business works. It may seem like a fantasy now but you never know.

Interested in streaming music to your phone? Club Telco offers the cheapest mobile plans with $20 for calls & texts + 1GB of data. Call them on 1300 138 155 for more information.