Why Do I Need to Pay Line Rental?

This is by far the most frequent question we get. The condition of having to seemingly pay for a landline service that is increasingly irrelevant, just to have a consistent high speed internet service seems ludicrous to many people. 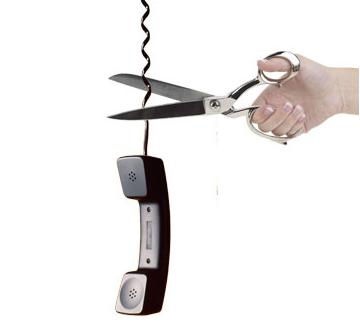 The customer angst around paying line rental has led to the rapid take up of mobile broadband, which is perceived as being cheaper simply because there is no line rental fee attached – but which many customers find out is more expensive overall. For around $50, which is typical of what many customers pay, a mobile broadband customer get between 8 and 12GB of data, whereas the fixed-line customer gets between 50 and 100GB. And yes, I’m including the cost of line rental in that equation. Mobile Broadband is also typically slower than fixed-line broadband, though 4G services can be much faster. Even so, with so little data to use it on, that speed is less relevant.

The fact that line rental and access are usually advertised as separate costs even though one requires the other leads to some big consequences as well. TPG is still fighting the Australian Competition and Consumer Commission (ACCC) in the High Court over advertising that only disclosed half of a bundled plan, without immediately disclosing the necessity of paying for line rental as well.

And then there’s Naked DSL, the industry attempt to work around the issue, which is the type of cure that’s worse than the disease.

So what is this mysterious charge? Why do we have to pay it? And is it as bad as it sounds? Read on…

The telephone network is the backbone of all telecommunications in Australia. We think of it usually in terms of lines under the ground and telephone points sitting, unloved, in family rooms across the nation. But it’s vastly bigger than that. There are exchange buildings, tunnels, utility poles, cabinets, microwave relays, pits, pillars…it’s huge and mostly invisible.
And it was built to make phone calls. That means that Telecom Australia (now Telstra) used the landline number as the main identifier for the line. Any service that came along was ‘bolted on’- this includes Fax Services, Alarm systems, voicemail, Priority Assist…the copper telecoms line into your home can do plenty of things that have since become redundant, thanks to the internet.

Using the internet over this copper line (a technology called Digital Subscriber Line, or DSL) is just the latest service to come along and be ‘bolted on’ to the phone service.

So why not just activate the broadband service over that line?

Eh…it’s a technical thing. The whole system is built on computer logic that goes something like this:

It’s not easy to tell and old and VERY BIG system that suddenly no ‘active line identifier’ is necessary. It’s like building a house with no foundation, because the residents only want to live upstairs.

This can certainly be done, and Telstra did run a trial of Naked DSL in some areas doing exactly this. In their system, the physical line was a ‘bundled’ voice line + internet. But all incoming and outgoing call services were barred, and the customer is not given a number.

They didn’t continue with it for a few reasons. For one, this is kind of like going out of your house, turning right, and walking several thousand kilometers to go to the house to your left. It’s an awkward work-around, not a real solution. The real solution is to re-build the underlying utilities systems that back the telecoms network. That’s expensive, and leaves people without services.

It also deprives Telstra, or any company using those lines, of precious call revenue, right?

Maybe. This is a popular cynical approach – that the real reason true Naked DSL is not being rolled out is because some people still use the landline, AND that some people use it IF IT’S THERE. These customers get pulled into complex calling plans and high per minute charges that could have been avoided if they didn’t have a phone in the first place.

There might be some truth there. But having the line active for telephone calls assists Telstra in troubleshooting line faults as well.

But I have, or have seen advertised, products called Naked ADSL2+.

Yes, there is currently a product called Naked DSL, and it meets the criteria many people are looking for – steady, high capacity, high speed internet with no line rental fee. But on further investigation, most people are surprised to see that it costs MORE than the total price of a bundled line, or the same. What’s going on there?

Current Naked DSL is a very patchwork affair. In short, the ISP of your choice has purchased a whole copper line from Telstra, to configure the way they want. But the cost of connecting that ‘Naked’ line to the wider telecommunications grid is double the price of leasing an already connected Bundled line.

So even though you don’t pay ‘line rental’, you still fork over the same amount of money. The advantage is that you can claim something of a moral victory- you’re not paying for a service you don’t use. And Naked DSL can sometimes be slightly faster, because there’s no phone signal crowding out the amount of bandwidth on the line. But the speed increase is negligible.

The problem with the current form of Naked DSL is that it doesn’t work well. Troubleshooting issues is harder from the other side. Instead of relying on Telstra’s much bemoaned but still enormous technical team, you’re relying on your ISP – and they still have to work through Telstra on some issues.

More importantly, it takes longer to get going and it’s harder to transfer. If you have a normal bundled line connected to your home, going from one provider to another is a basic transfer. But if you’re on a naked line, your line has to be disconnected, and a new bundled or naked line has to be connected to your home by a technician. It can take several weeks, and can be pricey.

So what are my options?

Internode (1300 106 571) is one of the few providers of Naked DSL who aim to make it more attractive than their bundled plans. They hang their hat on it, having been one of the major forces behind getting Naked DSL working at all.

Optus (1300 137 897) is the main provider of Naked DSL services, having obtained about 15% of the Plain Old Telephone System over the years. Their Naked Plans are frequently better priced than their bundled plans.

In the end, it’s easier and often cheaper to make your own version of Naked DSL. Getting a bundled phone + internet service and never plugging in a telephone handset is indistinguishable from an actual Naked DSL configuration, at least from the customer’s point of view.

What is Standalone, or Unbundled ADSL2+?
Increasingly, customers want the benefit of a fixed line broadband connection without having to pay for the dreaded ‘line rental’, which most people associate with a landline telephone service that they don’t need or want. This has led to the rise of Naked ADSL, which offers ADSL broadband with no line rental to pay; but people get this confused
MyNetFone expands VoIP network with acquisition
MyNetFone has acquired GoTalk for $1.4 million, expanding its wholesale voice-over-internet network to be one of the largest in Australia. The buyout will further cement MyNetFone’s status as the VoIP provider of choice for budget (and customer service) conscious consumers.What is VoIP?      Voice over Internet Protocol seems straightforward, but
Best Deals Right Now for Naked DSL
Later this month we’ll be posting a thorough examination of Naked DSL, which is in the news spotlight as Telstra makes furious arguments against providing it to consumers. We’ll examine what Naked DSL is, what it isn’t, why it can be largely ignored and why most people have no clue what it’s all about.
Refresher: Naked DSL and Telstra’s refusal to provide it
This week, the Australian Competition and Consumer Commission (ACCC) has started the painful process of getting  Telstra to offer Naked DSL links to its wholesale customers – that is, fixed copper line connections with no standard voice service attached, at a lower price to a bundled line. The response from the telco giant was uncharacteristically