Artificial intelligence, or "AI" is the intelligence demonstrated by machines; and as a society, we seem to be fascinated by it. We even have Bluetooth Speakers modelled after HAL 9000, and an upcoming documentary series on AI hosted by Robert Downey Jnr.

Pop-culture aside, a ubiquitous everyday interaction with artifcial intelligence has been set up to be a normalized thing for anyone with a smartphone and/or a computer. So does that gel with the NBN?

Well, the NBN is already decked out to deal with the "Internet of Things"; a term used to describe the increasing number of appliances and devices that have online connections. We already have hulu-hoops and egg-trays with WiFi, and experts predict that by 2020 will have up to 30 billion objects connected. Pressumably, most of these objects will still be be hooked up to the internet via the Cloud. The Cloud is our blanket term for the internet that can be accessed and manipulated by multiple remote users simultaneously. Contrary to the very common misconecption that has grown from its name, it is not something that floats above us, but rather, it is a collecton of massive data centres that are located all over the world. The wonderous advantage of the Cloud is that it allows a device to access files and date remotely without requiring that device to store those files itself. This saves memory, allows multiple access to files, and helps the whole world run smoothly. 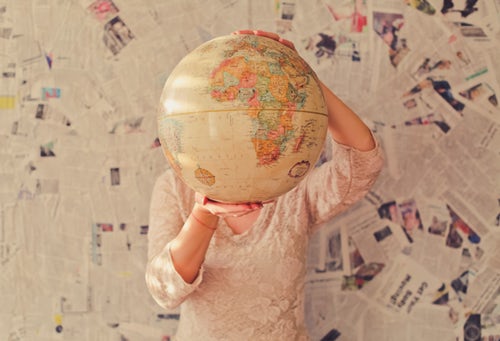 Considering we already have an array of cloud-connected virtual assistants, doesn't it seem inevitable that the next stage of Artifical Intelligence will also thrive amongst the cloud? It certainly seems that way. The NBN Co recently posited that without the needs and confinements of specifice hardware, the next evolution of AI could live in the cloud as an on-demand service...

"The four major players in this space – Google, Amazon, Microsoft and IBM – are deep into their research and development on what is possible with cloud AI. Early examples you may have already used include Apple’s Siri, Google Assistant (previously Google Now) and Microsoft’s Cortana."

NBN Co also states that Cloud AI would go beyond the idea of simply storing data or hosting programs that run on remote devices.

"It can actually analyse the data, make its own decisions and define what gets displayed to connected devices. Image analysis and speech recognition are two such forms of input these cloud AI services currently evaluate. Able to store and trawl through phenomenal amounts of data – way more than any commercial computer or mobile device – to answer questions asked of it. But where things get exciting – or scary, depending on your perspective – is the current push to bring sophisticated machine-learning to cloud AI. This is where the AI can learn without programming simply from the data it receives." And NBN Co is adamant that all that's only the tip of the iceberg.

"As broadband infrastructure improves, Australians will become more connected with the cloud and able to not only send, but receive, larger amounts of data for analysis. This is great news for local businesses, who can invest less in onsite technology, and fantastic for consumers of AI-driven content like video games."

So there you have it! Bleeding edge AI is just around the corner (emphasis on the bleeding if AI decides to overthrow its human masters). Heck yeah!