Star is a new Disney streaming platform that is more focussed on content that’s more adult oriented than the family-friendly Disney+. Star will be a part of the existing Disney+ subscription and will feature thousands more TV series, films, and original titles that you’ll soon be able to stream to your heart's content.

WHAT’S THE DIFFERENCE BETWEEN STAR AND DISNEY PLUS?

The Disney Company is sitting on an absolute abundance of content, and the titles that are currently on Disney Plus (which is more often than not stylised as Disney+) are only the tip of the iceberg. Disney+ has only been around since November of 2019, and it already has close 90 million subscribers based on their family friendly model, and while they’ve not yet caught up to the subscription numbers that Netflix boasts, it’s expected that the added option of a more adult-geared streaming platform can only add more wind to their streaming sales.

While Disney+ still features content that falls under the American PG-13 rating (which loosely equates to the Australian M rating), Disney is nonetheless extremely selective about which of their copious content is family-friendly enough to live on Disney+. This policy has kept a lot of Disney-owned content - such as the R Rated “Deadpool” films - from being welcomed into the Disney+ stables. Disney+ even went as far as digitally censoring a second of Daryl Hannah’s buttocks in the 1984 film “Splash”.

But it’s not just the more adult titles that have been kept off Disney+; it’s also anything and everything that’s already streaming on Hulu. Unlike Disney+, which is wholly owned by the Walt Disney Company, Hulu is a joint venture between Disney and NBCUniversal, and it’s something that’s been notoriously difficult to access in Australia. Simply put, Hulu doesn’t have the appropriate licensing right to stream its content here, so while some Australians have had limited success in accessing it content through VPN trickery, they still risked copping steep fines by doing so (especially those who provided a fake address while signing up).

But that looks like it might be water under the bridge, as all of that Hulu content will now be available to stream in Australia though Star. The Star platform will be seen as a separate “channel” to Disney+, and will also include parental controls so that mums and dads can still keep their household viewing 100% family-friendly should they wish. So whether you’ve been hanging out for the bloodthirsty action of “Deadpool 2”, or simply the wholesome comedy of “Bob’s Burgers”, your day in the sun has arrived!

WHEN IS STAR COMING TO AUSTRALIA?

It's here now! Star hit Australia on the 23rd of February 2021. It will also launched in New Zealand, Canada and the UK. At this stage, Star won’t be hitting America at all, as Hulu is still fully operational and ubiquitous in the states, so introducing a double-up of the content and then asking people to pay for it seems like a wasted effort.

SO HOW MUCH WILL DISNEY+ STAR COST?

If you’re a current Disney+ subscriber in Australia, then we’ve got some slightly good news, and some slightly bad bad news. The good news is that Star will be included in your regular Disney+ service, no additional subscriptions or sign ups required. The slightly bad news is that this means there’s going to be a hike in your regular Disney+ subscription price, whether you want that new Star content or not.

From the February 23rd 2021 launch date, Disney+ subscriptions will be:

That’s a little bit of a climb from the previous price of $8.99 per month or $89 for a yearly subscription, but it’s worth considering that the cost of streaming service platforms will often increase over time, so given the amount of additional content customers will be getting in exchange for the extra cost, it’s really not bad bang for your buck. Well, that’s assuming there’s content on there that you actually want to watch… but given the sheer amount of titles they’re offering from the get-go, it may be worth your consideration.

There is also a slight caveat for anyone who’s currently on a yearly Disney+ subscription - your contract will be honoured for six months, with the change in price taking effect for the next monthly or annual renewal date following the 22nd of August 2021. This also goes for anyone who signed up for a new yearly subscription before the Star launch date.

HOW DO I GET DISNEY+ STAR?

Quite a lot! Scroll down for a squiz at the cavalcade of content that’s already been announced for Star. Then maybe take a look at some unlimited data plans, because it looks like you’re going to need them! 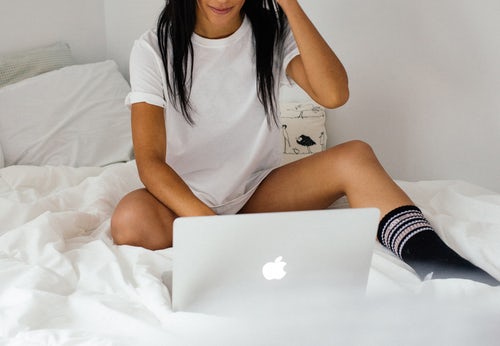 Looking for a broadband plan that can keep up with all your streaming? You can compare the best plans and providers for streaming content here. You can also call Compare Broadband for a free broadband consultation on 1300 106 571. It’s quick, it’s easy, and it’s free!

Roku TV and Streaming Devices: Everything You Need to Know
Streaming devices like the Roku are the best way to enjoy streaming services such as Netflix, Hulu Plus, ESPN, HBO, and more. You only need to plug it into your TV, and you could get access to basically all the video streaming services you have a subscription to. This means you can watch your favourite shows on TV to be enjoyed by the whole
What's new to Binge this April?
April is here, and Binge has announced a bevvy of terrific content as we continue to plough through Autumn. Scroll down to cop a squiz at our highlight list as well as the full list of Binge’s April drops - and if you’re looking to upgrade to a broadband plan for online streaming, you can compare the best streaming plans here! And if you're
What’s new on Disney+, Binge, Netflix, Stan, Apple TV+ & Amazon in March
I have good news and bad news. The bad news is - and I’m terribly sorry to break this to you - it’s March already. It's here, we’re in it. Sorry, I don’t know how this happened again. Anyway, the good news is that there’s an absolute abundance of first class films & TV to watch on the Australian streaming platforms! You’ve got a vast selection of
Watch Free Movies Online with These Legal Apps
Can you still watch free movies online? Well, the answer to that is yes. Aside from free trials of popular streaming services, there are also apps that allow you to watch movies and TV series without spending money.  If you look for apps that give free movies on the internet, you will see dozens of them. However, only a few of them actually work.