Why are TPG and Dodo so cheap, and Telstra so expensive?

When hunting around for a broadband connection, you might eventually find that prices fall into a handful of trenches – very cheap plans with tons of data, as well as expensive plans with lots of services (some of which you may not need). 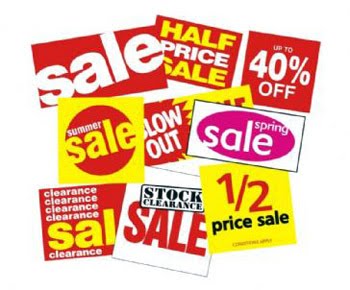 But why is there such a big price difference between the low and high end of the market? What’s the value differentiator? We all like paying the cheapest price possible, but there’s that aching ‘too good to be true’ sense you get when you see a massive gulf between two companies.

What could Telstra broadband be offering to justify such a gap in the price?

Each company that provides telecommunications has a pretty standard checklist of expenses that they have to pay for. In a very, very simplified form, this might be broken down as:

An ISP can limit their exposure to these costs in the following ways:

The three examples we’ve chosen are for companies who are ‘majority wholesalers’. Telstra, Dodo, and TPG all own their own fibre-optic network, equipment at the exchange, and even their own undersea links. That makes a big difference – it means that for 99% of the connection (100% in Telstra’s case), they own and operate the equipment ferrying your connection to the rest of the world, and don’t have to lease a circuit on another company’s network. For Dodo and TPG, the only bit they have to lease is the copper line from the exchange to your home, which belongs to Telstra.

All three companies will engage in some offshoring, either in whole or in part, of their customer service and technical support teams.

TPG has the cheapest and simplest advertising, with print, radio, and TV ads that contain no actors, just a price and checklist of what’s on offer. Telstra, on the other hand, has comprehensive national campaigns across all media, as well as huge sponsorship agreements.

Telstra has the profile of being carrier-grade, owning huge mobile networks, satellite links, and other hard infrastructure that dwarfs TPG. This contributes to their higher pricing, but their ability to control so much of the delivery should equalise prices as well. More significantly, Telstra has a deeper brand than older, bigger companies, and they also have a direct retail presence. TPG has no retail stores of its own.

TPG uses direct debit and upfront payments to limit their exposure to unpaid bills – connection fees have to be paid on the spot, and bills are debited automatically from a savings account or credit card. This allows them to operate without debt, to an extent. But it also means that people uncomfortable with this arrangement cannot enjoy their services- this precludes people who like to pay for their bills with cash, in a post office.

Finally, in the case of Telstra being significantly more expensive than most providers, it’s worth considering Telstra’s status as the backbone of everyone’s connection. Telstra provides service to the entire country, whereas TPG and Dodo ‘cherry pick’ the distribution areas with high populations. Telstra is the only company that can do this, as it owns the ‘last mile’ network that links every home in the country. The overheads and responsibilities on Telstra are very high, so their higher prices might be construed as their way to balance out the customers who are expensive to service, with those who are cheap to service (a form of cross-subsidy). But Telstra would likely be unwilling to attribute their higher prices to that, instead, they are relying on their still-strong brand as justification for higher prices.

*DISCLAIMER* - Boosting contention is a common method for keeping costs down and allowing for more connections, used by service providers all over the world. But no company releases official figures for how much, where, and to what extent they use contention, so the following is purely conjecture.

Dodo is a majority retailer – they don’t own their own network, and rely on Optus, Telstra, and Eftel to provide the bulk of their connections – mostly Optus. And even though Optus Wholesale is quite affordable for smaller ISPs, Dodo’s price is still remarkably cheap, given the factors involved. Dodo offshores its tech support and customer service, and despite some pervasive advertising, otherwise adheres to the usual cost-cutting measures for a smaller firm in a very competitive market.

The other way a small firm like Dodo can compete on price is by boosting what’s known as Contention, or Contention Ratios. A really brutal but effective metaphor is a publican cutting his beer with water, but it’s not as bad as all that.

Mobile and Cable broadband are highly contended methods of providing a broadband connection – both rely on customers connecting to a central point with limited capacity, and the more people who jump on, the less speed everyone gets. ADSL (broadband over copper telephone lines, which is the connection method we’re comparing) is less contended – your line services just your home, all the way to the exchange. The exchange is very well fed by fibre optic networks with plenty of spare capacity, and besides – there’s only a limited number of ports at each exchange. At a certain point, the capacity can’t be ‘shared’ anymore.

Or can it? Smaller firms can over-contend an individual port, effectively cutting the speed of two customers in half. Kinda. The effect is more that if one customer is completely ‘maxing out’ their connection, the other customer sharing that port will find their speed suffering. Otherwise, two customers using their connection for lower-bandwidth activities (email, browsing) will find no difference in the quality of connection.

There’s nothing wrong or underhanded with boosting contention ratios. It’s a legitimate way to offer a connection to more people, in a situation with finite resources- and it is, of course, how companies can keep their prices low in the face of limited resources. Very few people max out their connection speed for more than a few minutes at a time (like when downloading a file or streaming hi-def video). It can mean internet ‘traffic jams’ when everyone’s connection in a neighbourhood can get congested at busy times – like 6 pm when everyone has gotten home from work and school and might be downloading movies to watch that evening.

Contention boosting is now less of a problem for fixed-line since most of the network is replaced with all fibre-optic lines through the NBN rollout, dramatically boosting the speed and capacity of networks. Or at least, contention might still be used as a cost-cutting measure, but with less noticeable effects thanks to the overall much higher speeds.

It is worth noting - companies that rely on other firms to provide more of their connection will be more likely to use contention. When deciding between two plans that look equal, it's fair to consider to what degree each company relies on another to provide the connection to the internet.

It’s worth doing your homework before signing up for a plan, but the main differentiators between providers can be more or less summarised like this:

As always, give us a call on 1300 106 571 and we can help narrow down the wide range of options to a few providers who suit your needs!