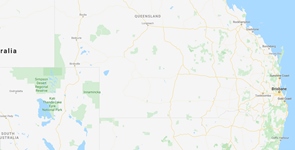 Types of Internet connections in QLD

If you’re looking for broadband in Queensland, you’re in luck! Queensland hosts all the major choices for broadband, including NBN, ADSL, ADSL2+, Cable, Fixed Wireless, and the ever-expanding 5G network. To find out the best internet connection type for your specific location, enter your postcode or suburb into the white box above and click “Compare Now”.

Types of NBN connections in QLD

The NBN in Queensland is largely completed. There are still large regions of Queensland that have not yet been upgraded to the NBN, but construction is underway and should be completed by the end of 2020. Until then, ADSL2+ is typically the most readily accessible internet connection in areas that are not yet NBN active. Once those areas are NBN ready, the ADSL2+ there will be permanently disconnected. You are generally given around 18 months written notice before this happens, but you can call your current internet service provider for a more exact date. If you’re unsure if your home is NBN active yet, scroll down and enter your address into our NBN coverage map for Queensland. The map will tell you if and when your home is NBN ready, and what manner of NBN connection has been allocated to your area. If your home is NBN ready, you can start comparing the best NBN deals in Queensland.

Compare Broadband cannot guarantee that all plans or providers shown will be available at your property address. Connection and plan availability will need to be confirmed by the internet service provider. Additional charges may apply for non-standard connections.
Showing 8 of 102 Plans
Showing 8 of 102 Plans

Broadband Plans by Suburb in Queensland

Sunny Queensland is home to around five million Australians, and it’s a popular holiday destination to millions more. With so many sun-loving Aussies moving about, it’s little wonder that the Queensland internet service providers (or ISPs) have had to step up and make sure that Queensland broadband is every bit as reputable as the banana state’s holiday hotspots.

If you haven’t heard about 5G in Queensland, that’s soon to change! 5G is the emerging cellular technology that’s set to supersede over 4G broadband in Queensland, and everywhere else. Indeed, 5G is so fast it’s also very possibly going to supersede the NBN!

The 5G Queensland rollout is well under way, and compared to many other Australian states, the current coverage of Queensland's

5G towers is pretty solid. In fact, the suburb of Southport on the Gold Coast was actually one of the first active 5G hotspots in the world! At the time of writing, you should be able to find 5G mobile areas in Queensland in select areas of the Gold Coast, Bundaberg, Brisbane, Cairns, Ipswitch, Rockhampton, Toowoomba, and Townsville. And if you’re nowhere near those select 5G locations, be patient, because 5G is predicted to be absolutely everywhere by the end of 2020!

The best Queensland ISP for you will depend on your location and your particular needs. All of the major Australian internet service providers are available in Queensland, and each offers many different broadband plans. It’s important that you're sure that before you sign with a provider, you're sure that their coverage will sufficiently reach your area, and that you’re going to be getting the best plan that suits your internet connection and internet habits. You can do this by popping in your postcode into our free broadband search engine here or at the top of the page. Once you’ve worked out what sort of internet connection (or connections) are compatible with your home, you can get to work on finding the provider that best caters to your specific internet needs.

You’ve got quite a lot of choice when it comes to fast Queenlsand broadband plans. If you do a bit of streaming and downloading, then you should look for a plan around the 30-100 GB mark. If you do a lot of streaming and downloading, and/or you have several people in your household who do, then you’re going to want a heavier plan; either a 200 GB plan, a 250 GB plan, or an unlimited plan. When finding the best plan for you, you obviously also need to take into account how much you want to spend!

Keep in mind though, that when you are scouting around for a cheap broadband plan, you should always make sure you factor in things such as data and speed (cheaper plans are sometimes slower), contract length (cheaper plans tend to ask you to sign on for longer), and upfront hardware costs (some cheaper plans may require you to pay for the modem, whereas other plans sometimes through the modem in as a bonus). So there’s usually a bit of a trade-off, but that still will suit many people; a lot of broadband customers think that they require more data than they need, and end up paying more for excess data that they don’t use.

Before you sign onto a plan, it’s advised that you compare your previous data usage and your internet needs to make sure you’re getting a plan that better suits you. You should call the provider you’re looking at, and/or give one of our helpful broadband consultants a buzz if you need a hand on 1300 213 295. Compare Broadband is a free internet service to all Australian homes, and we’ve been independently rated 5 stars by our customers, with a Trust Pilot score of 4.8 out of 5. So don’t hesitate to reach out to our friendly and free broadband consultants!