A beginner’s guide to internet speeds and what they mean One of the most important factors when choosing a broadband plan is knowing what the average speed on that plan is. Even if you find a response to this question, you may still wonder how this will affect your internet usage.

Below we have provided a guide to broadband speeds. Finally, you can understand the difference between kbps and Mbps. We’ll provide answers to all things speed, with tangible examples that you can relate to.

While we have provided examples to give you a better idea of what the difference in speeds actually means, it is a guide only. 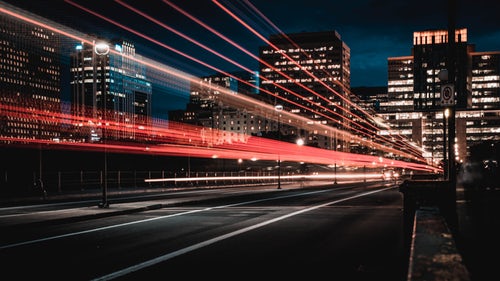 Among the NBN speed tiers, NBN 12 is the slowest. When you have a plan on this speed tier, you can only expect a maximum download speed of 12Mbps and a maximum upload speed of 1Mbps. Nevertheless, this will prove to be sufficient for a single device to stream a show on Netflix in high definition.

Following NBN 12 is NBN 25 which provides a maximum download speed of 25Mbps and a maximum upload speed of 5Mbps. With this speed, a two-person household may already have the chance to simultaneously connect to the internet without encountering any problem. However, if you have to do something online that requires a significant amount of bandwidth, then you will most likely experience buffering.

A plan in the fast speed tier promises a maximum download speed of 100Mbps as well as a maximum download speed of 20 or 40Mbps, depending on the plan you get. NBN plans in this speed tier are popular among online gamers, streamers, as well as content creators because the internet connection will only be a struggle if there are half a dozen people connected.

There are only a few select households that can go for an NBN 250 plan because plans in this speed tier need to run on FTTP connection technology. Nevertheless, if this technology is available in your area, then you may get to experience having an internet connection with a maximum download speed of 250Mbps and a maximum upload speed of 25Mbps.

A rough guide to an average ADSL2+ speed:

Note: Most dial-up connections are phased out in Australia, with customers opting for broadband instead.

Do you want wireless or Wi-Fi broadband?
Do you want wireless or Wi-Fi? Misunderstanding broadband terms will cause you much confusion in your search for a broadband plan. The last thing you want is to sign up to a plan you don't want or need. Knowing exactly what product you are after will help you make informed decisions and find the right plan that best suits you. Wireless broadband
What are the best unlimited internet plans?
Following the massive popularity of streaming services such as Netflix, Stan, Apple Music, Spotify, and Foxtel Play, and the growing industry of remote work, unlimited internet plans are highly in demand. Aussies need a reliable internet connection to meet their requirements without having to worry about data caps. Unlimited internet allows you to
Best Broadband plans that have low setup fees and free modem
Various broadband plans seem to be great deals at first glance because of the price published in advertisements. However, when you factor in the cost for set-up and buying a modem, you may be disappointed to know that the price you have to pay isn’t as cost-effective as the providers make it seem. Fortunately, there are various economical plans
What are the best no contract and short-term broadband ADSL2+ plans?
As rental properties continue to gain popularity in Australia’s housing market, it is not surprising that more and more Australians are in search of short-term broadband contracts. Fortunately, there is an array of new options and deals that are constantly being released by competing Internet Service Providers (ISPs). For this reason, you may not