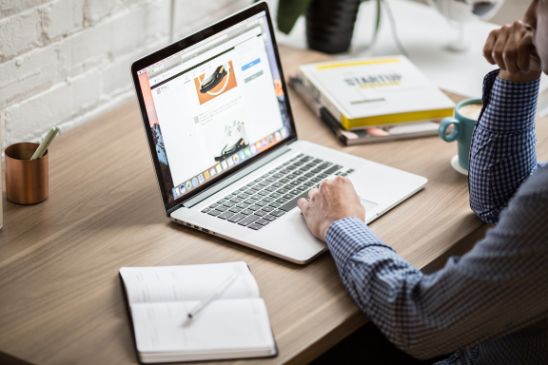 Communications Alliance and the NSW Telco Authority recently exchanged potshots over a federal government proposal to exempt the latter, as well as other government radio networks from paying both carrier licensing fees and the Telecommunications Industry Levy.

According to Comms Alliance, there was no basis for the NSWTA to be exempt from the two charges. It further claimed that the authority was increasingly competing with commercial telcos.

“The range of customers being serviced by NSWTA includes private entities such as Transdev Sydney Ferries, the parent company of which is a French-based international private-sector company which operates public transport,” Comms Alliance said.

“NSWTA has expanded to provide services to other entities such as the RSPCA, Sydney Opera House, and Sydney Cricket Ground – customers that have historically sourced their communications needs from carriers that contribute to the Annual Carrier Licence Charge and Telecommunications Industry Levy.”

But in a letter published by the department, NSWTA detailed a point-by-point response to these accusations. It also rejected the argument that it competed in the commercial telecommunications market or operated on a commercial basis.

According to the organisation, although it did provide services via the Public Safety Network to non-government sector entities, these services were linked to “operational communications” purposes.

The authority said: “This includes entities with roles under the State Emergency and Rescue Management Act 1989 (NSW), including Functional Areas such as Transport Services, Agricultural and Animal Services and Energy and Utility Services, and specific iconic venue users as part of national security incident risk mitigation, such as the Sydney Opera House and Sydney Cricket Ground where interoperable communications are identified as requirements for Emergency Services Organisations. Commonwealth agencies also use the PSN for operational communications purposes.”

Another point that Comms Alliance highlighted was the role that the NSWTA has played in government-funded connectivity programs. In this case, the former noted the work of the authority as part of the NSW government’s Connecting Country Communities initiative and the federal Mobile Black Spot Program. Comms Alliance argued that NSWTA was “offering mainstream broadband and mobile services.”

It added that “NSWTA has no commercial relationship with end-users and receives no fees or income from these services. Hence, the Communications Alliance’s proposition that NSWTA is ‘offering mainstream broadband and mobile services’ through these programs is misleading.”

Furthermore, Comms Alliance said that it would be subject to the carrier licence regime, and associated industry levy and licence charge, “due only to the non-NSW government entities that use the PSN that are outside of its ‘immediate circle’...NSWTA is not a standard participant in the carrier licensing regime, which was established for the regulation of commercial telecommunications markets.”

Meanwhile, NSWTA argued that it “is not a commercial trading entity, does not compete in commercial markets and therefore holds no commercial advantage, hence the Communications Alliance’s proposal for further consultation on competitive neutrality considerations is invalid, inefficient and unnecessary.”

ACMA: 3.4 and 3.7GHz Spectrum Auction Set to Happen in the Third Quarter of 2023
According to the Australian Communications and Media Authority, the auction for spectrum licences in the regional 3.4GHz and 3.7GHz bands is set to be kicked off in the third quarter of 2023.    In line with this, an outcomes paper for its consultation on a spectrum reallocation declaration for the bands was released by the regulator. The
Aviation Sector’s “Emotive” Claims About Potential 5G Interference Slammed by AMTA
A new GSM Association study on the effects of 5G on aviation altimeters was highlighted by the Australian Mobile Telecommunications Association recently. The study aims to falsify concerns about the possibility of mobile technology interfering with flight operations. The study has also characterised aviation sector claims about potential 5G
Stakes on Regional Network Sharing Impacts Raised by Optus, TPG, and Telstra
Optus has heightened its campaign against the pending Telstra-TPG regional network sharing deal as released in its submission to the Australian Competition and Consumer Commission.   According to Optus, if the deal proceeds, there would be “no commercial rationale for ongoing significant investment in regional areas either by Optus” or any other
mmWave Network in WA Launched by Swoop, Launch in Victoria to Follow
Swoop, a fixed wireless and wholesale infrastructure telco, revealed that it will launch mmWave-based services beginning next month. The first phase of the launch will be for the business areas of Osborne Park, Balcatta, and Malaga in Western Australia. The service is said to provide services of up to 1Gbps as well as coverage to approximately