M2 Communications, a major fibre network wholesaler, has announced plans to acquire Dodo, one of Australia’s largest internet service providers. The deal is expected to be worth just over $200 million, with another side deal for $44 million to buy out Eftel, another wholesaler.


How big is this? 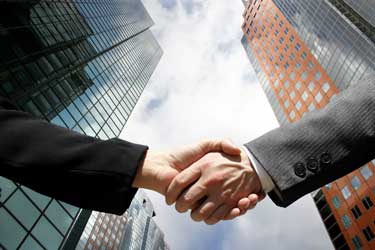 This is huge. Until a year ago, M2 were a little known independent telco, laying their own fibre network to provide solutions for medium sized businesses. They were a ‘backhaul’ provider- meaning that they laid in the ground at certain points along the network, for small service providers to link up to for transit between major cities and beyond. They were in a small cluster of dominant firms like Pipe (TPG), Chime (iiNet) and of course, Telstra and Optus Wholesale.

About a year ago, M2 decided to enter the retail side of the business. Usually it goes the other way- a retail firm buys out a small wholesale firm – but in this instance M2 were big enough to buy out iPrimus, which had stalled in its attempt to become a big telco (despite a solid customer service record).

The Primus acquisition hasn’t made any huge waves in the past year. Primus is still rated one of the better providers for customer support and service (with a 100% local call centre network) but their plans are uncompetitive. Their most competitive plan is their $70 Unlimited Naked DSL plan, which is well priced but restricted to mainly large metro areas, where there are yet-cheaper alternatives.

But Dodo is a very different story. Dodo has been around since the early 90’s, and quickly established itself as THE budget provider. Even moreso than TPG, which is more accurately defined as ‘No-Frills’ (their cheap prices are derived from budget marketing and simplified products, but they otherwise invest big in infrastructure).

Dodo is more your ‘flying-by-the-seat-of-their-pants’ type of firm. Their margins are tiny and the spread of their services and plans is wide, and all priced to go. They don’t build much in the way of networks, preferring instead to buy wholesale access off primary carriers (and also energy and other utility providers) and then squeezing every last drop of value out of their arrangements. It all works fine if users maintain low levels of usage of these services, but heavy users often get hit with unexpected instability. But in exchange for this risk, you get the absolute cheapest prices.

Dodo has also been notorious for its advertising, use of promotion models, and even their crudely animated Dodo mascot.  But more importantly, Dodo has long had the worst record with the Telecommunications Industry Ombudsman (TIO), a resolution service for people who just can’t get their telco to play fair. Their record is even worse than Telstra’s, typically the biggest target for people at the end of their rope.

But even with all that taken into account…Dodo is big. Half a million customers big. And they’ve stuck around for twenty years, largely through the hard work and toil of their founder and CEO, Larry Kestleman. They’re taken seriously as probably THE biggest provider without much of its own network infrastructure.

So Why a Takeover?

The National Broadband Network (NBN) is delayed, and its future is a matter of constant debate (will the coalition shut it down? Will they turn it over to Telstra?). But it’s still clicking along, and every day draws closer to a tipping point where its presence is felt widely. And when it reaches that point, the current regime of how high speed data communications is provided will become obsolete. In anticipation of this, the industry has rapidly started to reshape itself.

For the past ten years, the regime has worked like this: you buy access to a home from Telstra. This is called the Copper Access Network, the Public Switch Telephone Network, The ‘Last Mile’, the Telstra Monopoly, Line Rental, and a bunch of other things. But all it means is that you (with ‘you’ here being an internet service provider) buy wholesale access from Telstra, in the form a phone line, to make a link between a customer home and a local telephone exchange. From there, you need to buy access to a link along the Inter-Exchange-Network, which has been dominated by Telstra, Optus, iiNet and TPG. But even then, those last three could only invest to compete in high return areas- around major cities and large regional areas. Everyone else had to rely on Telstra’s network for everything, making everything more expensive.

But it also meant that a little provider could just build a small network in a specific regional area and become a major competitor for a specific spot. Adam Internet did that in South Australia, TransACT did that in the ACT, and iiNet and Internode actually started out in just that way in WA and SA respectively. But guys like Dodo took another option- building a universal network made up of bits and pieces bought off of anyone – Dodo uses parts of Telstra, Optus and TPG’s network.

The NBN will replace Telstra with a universal network for that ‘last mile’ access, meaning that everyone (including Telstra) buys that access at the same price for every home, regardless of location. That will eliminate some scope for competition, but at a net benefit to customers.

The NBN will link to several interconnection points around the country, but far fewer than what telephone exchanges account for. Whereas it takes 3000 exchanges to link all those copper lines, fibre optic lines can carry much further, reducing the number of interconnect points to just 121.

At each Point-of-Interconnect (PoI), it is required that there are a minimum two wholesale backhaul options – that will probably mean Telstra and Someone Else. Since each PoI will service about 100,000 homes, that should encourage all of those networks to link in to all of them, driving down prices.

In this scenario, the real competition will be driven by a handful of large providers with extensive backhaul links. Dodo won’t be able to stick around; they’ll have to join a network. That’s how this deal comes about. And it’s also why so many smaller firms have been getting swallowed up by the Big 4 (with M2 now making it a Big 5). 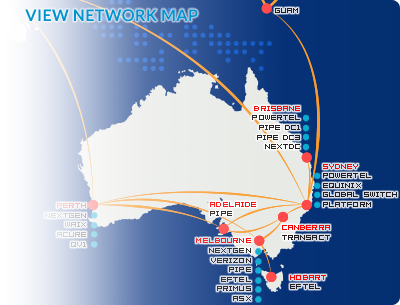 Dodo’s relationship to Eftel has been cloudy for a while. And more to the point, Eftel itself has been hard to pin down. They identify themselves as wholesale network, providing solutions to residential and business customers – but a diagram of their network shows that most of it is made up of links provided by TPG.

Eftel has busied itself in acquiring several niche badges – aaNet (budget), Club Telco (rural) and Engin (VoIP). All this time, their prices and plans suggest close links with Dodo.

As it turns out, Larry Kestleman owns about 80% of Eftel. It seems like Eftel has been created to allow for Dodo to expand into several categories, without the taint that Dodo acquired over the years. With both firms likely to be acquired by M2, it will give the new firm control over several ISPs (including Primus, of course).

With any luck, the culture at Primus will be rolled out across the entire M2 family, rehabilitating Dodo’s brand.

Or, it’ll go the other way around, and the entire M2 family will cut corners, offer dismal customer service and plans that are Too Good to be True, and then…aren’t true.

But the likelihood is that integration that wide will take a long time, and wouldn’t begin in earnest until the NBN’s future is less hazy. Until then, one has to assume that all of M2’s disparate brands will operate as they have been, for better or worse.

A closer look at Dodo
Naming a company after a bird renowned for its inability to adapt seems an odd choice, especially when that company is Dodo. When Dodo came on the scene in late 2001 as a shockingly budget dial-up ISP, many had to ask- What’s the catch?                 When Vodafone dipped their toes into the deep waters of wholesale mobile networks in 2004,
Dodo review
Dodo is a unique Internet Service Provider (ISP) in Australia, with more colour in its branding than most of its competition. Dodo also stands out for bundling internet services with not only home and mobile phone services, but gas and electricity too.Dodo's best plan: Unlimited broadband with no contractsOpinion is divided on Dodo. Teething
Dodo ADSL2+ broadband plans
If you already have a home phone with another carrier and you just need a simple broadband plan, Dodo has some dirt cheap ADSL2+ offers on short or longer term contracts. If you don’t want a home phone at all, you should look at Dodo’s Naked DSL plans. See all Dodo ADSL2+ broadband plans here, or call Dodo on 1300 136 793. You can also request a
Dodo Naked broadband plans
Dodo’s Naked DSL plans are a great way to save money by avoiding the cost of home phone line rental. Instead, you can use a VoIP phone service or a mobile phone to make your important phone calls. Naked DSL is high speed ADSL2+ broadband connection but without an active home phone line. While you’ll need a Telstra copper line running into your