What is the significance of South Brisbane?

The South Brisbane distribution area (DA) is a large telephone loop, servicing about 26,000 customers. It extends from Vulture St and covers the West End area, including Highgate Hill. It extends south for about 5 km, where it follows along the Brisbane River down to Annerley, and then crosses over with the Woolloongabba exchange area.

In 2011, the government cited Eminent Domain on the site of the South Brisbane exchange building, to construct the Queensland Children’s Hospital. The government compensated Telstra to move their exchange.

Telstra decided to avoid re-routing all existing copper lines through new conduits, and instead opted to replace all of the lines with Fibre Optic cable all the way to the customer premises.

This was not standard for Telstra. For many years, Telstra has laid new phone lines to brand new developments and estates by rolling short lines of copper to a central cabinet (rather than a full exchange), with the cabinet itself wired back to the exchange with fibre. The cabinets are known as RIMs (Remote Integrated Multiplexers) and posed a bit of a problem for customers and other internet service providers.

TPG, Optus, Primus, Eftel and iiNet all run their own independent fibre networks around the country, but don’t have the resources to run ‘last mile’ connections to each individual home. So they terminate their network inside Telstra exchange buildings, and ‘rent’ a Telstra line to patch each home to their network (the much hated ‘line rental’ fee). But an exchange is a full sized building with room to install their interconnection equipment. RIMs are tightly packed cabinets on a street corner. Being connected to a RIM leaves you at Telstra’s mercy, with no path to connect to the ISP of your dreams.

This practice has caught the attention of industry watchers and regulators, but Telstra isn’t in breach of anything – as the Utility Provider, they are only obliged to provide lines for telephone services. That’s it. They’re not required to facilitate connections to competitor-run internet networks, when many of those competitors (namely Optus) have the resources to build their own infrastructure rather than piggybacking off of Telstra’s.

For some reason, they opted not to do this in South Brisbane. Maybe it’s the high exposure – tens of thousands of customers right under the nose of the local Brisbane government, all crying that Telstra was locking them into their monopoly might have raised a little too much bad publicity- or maybe it was just easier from an engineering standpoint. But in South Brisbane, Telstra opted to use their funds to build a new network, and building a new network in this day and age means fibre.

Of course, in the meantime the NBN has sealed the deal to do the exact same thing to 93% of Australian homes over the next ten years, in a bid to both remove Telstra’s ‘last mile’ monopoly (in other words, to reinstate a government monopoly on telecoms) and to bring Australia a next-gen network that Telstra wouldn’t deliver to almost all Australian homes.

So South Brisbane (and in similar circumstances, Point Cook in Victoria) became closely watched as models of what a Telstra-led Fibre-to-the-Home NBN rollout would be like. How did it go?

On the Pro NBN (or at least, Pro NBNco) side of the equation, Telstra have released their own retail plans that are better overall value than their ADSL, Cable or Wireless plans – but only in the context that they cost the same and add much better speeds and reliability.  They’re otherwise much more expensive than plans on the NBN.

As usual, getting a bundled phone service brings the cost down by about $30 while also adding a separate $30 line rental for the phone, so it all works out roughly the same.

The plans on offer from other providers who are wholesaling a fibre link in South Brisbane demonstrate that when Telstra isn’t being forced by the ACCC to keep their wholesale costs down (as they are in the regular copper line network), they cannot be counted on to offer anything that meets people’s perceptions of what this stuff could cost.

TPG is worth looking at in this case. As the largest budget wholesaler of lines around the country (and by some metrics, bigger than Optus) they tend to release plans with absolutely no fat in them – if they can’t turn a profit, they don’t bother with ‘loss leaders’ or anything else that loses them money. Their plans are a good indicator that Telstra’s wholesale regime for fibre is going to be painful: 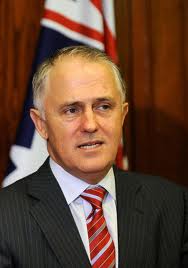 Well, not much to say really. It could be argued that Telstra has done a very good job in keeping residents informed and trying to keep disruption down as much as possible. Their website (http://fibretosouthbrisbane.com.au) has a list of other retailers and no push for their own plans, demonstrating that at the very least, Telstra does have it within them to be the focused utility wholesaler that seems to be their weak point.

Their rollout, to about 26,000 homes in South Brisbane, has been completed and they will be pulling out the copper shortly. They have also agreed to sign over their fibre assets to NBNco within the next few years. They have complied quite well, but it also took an enormous effort to get them there, and plenty of complaining by iiNet, Optus and the rest of the industry to get them to play nice.

In all, Telstra have demonstrated that if there had been a better regime to separate their wholesale and retail arms a long time ago, we might have had a good mix of FTTN, FTTH and other superior wholesale utility networks built some time ago, without BigPond’s retail needs brought into play.

But no-one has ever doubted that Telstra has the knowledge, experience, resources and even – yes- the love and care needed to be Australia’s telco. This may seem counter to their need to extract huge profits from their infrastructure monopoly (the NBN, with their lower wholesale rates, is expected to still capture a 7% annual profit) but people overlook the fact that Optus and Vodafone are, in fact, much bigger than Telstra. SingTel (owner of Optus) and Vodafone PLC (the UK parent of Vodafone Australia) boast a billion customers between them; Telstra is a minnow by comparison.

But Telstra seem to be the only carrier with local knowledge of what will work and what won’t, and invest in Australia accordingly. NBNco, by extension, might be a blessing for Telstra. It allows Telstra to be more agile and able to compete on a national and global scale, without the unenviable task of handling infrastructure building and maintenance. Maybe this is why Telstra lashes out and charges outrageously high prices for wholesale access to their pipes (and let’s not forget, the government paid them for many builds including South Brisbane, so this isn’t about recapturing investment).

At any rate, South Brisbane has proven what many commentators, observers and industry insiders have long suspected – Telstra have more than enough resources to make Australia a world leader in telecoms, but they have neither the time nor inclination to do it without an absurd rate of return. Hence, for a service that is becoming (or has become) as necessary a utility as water and electricity, it’s time to put it in the hands of an accountable, open government company.