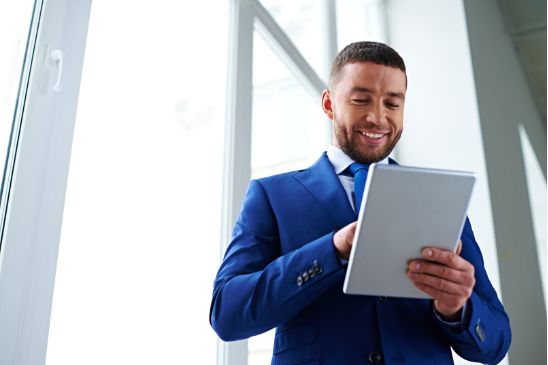 For Optus and others in the satellite industry, the rising threat of collisions with debris, along with the crowded space domain, is becoming a major focus of concern.

Optus also revealed that spacecraft from “unfriendly nations” have already made their way into the vicinity of its own satellites’ orbits. Because of this, many other operators have also expressed deep concerns that eventually, the space domain may become unusable.

The head of satellite and space systems of Optus, Nick Leake, said that Australia needs to invest more in space domain awareness.

“The rapid proliferation of man-made objects in space, whether active satellites or debris, can threaten the safe and secure launch and operation of spacecraft; and with more anti-satellite missile weapon tests being conducted leaving tracking debris and over 100,000 smaller objects, the space domain is becoming increasingly complex,” said Leake.

“Add to this the emergence of space tourism and billionaires creating their own satellite fleets, space is more crowded and more contested than ever before with space situational awareness critical across all orbits – LEO, MEO, and GEO,” Leake further added.

Leake also said that Optus is worried about the potential for collisions with spacecraft that deviate into its orbital slots. “On some occasions, we have had to make avoidance manoeuvres to ensure our satellite was not struck.”

“We’re obviously looking at actors from unfriendly nations that are putting out a spacecraft to look and listen to what is actually going on in our fleet. And we’ve had certain spacecraft from certain actors that have followed a flight plan that slightly deviated and ended up in one of our orbital rotations very close to one of our spacecraft.”

According to Leake, there are three aspects to promoting space situational awareness. “A catalogue of all space debris objects which will likely affect your satellites – there are currently 30,000 objects being tracked the size of a golf ball or larger with approximately 300 million objects less than 1cm.” Then, “accurate orbit determinations for each object at a frequency commensurate with the ability to propagate accurately and give enough notice to enable avoidance manoeuvres to be planned; and lastly, the “ability to propagate forward accurately to predict and evaluate close encounters - less than 1km total accuracy.”

Still, according to Leake, “At this stage, Australia does not produce a sovereign catalogue...however with [Defence satellite tender] JP9360 and the Australian Government’s focus on developing our space sector, a shared database that collects from multiple devices monitoring SDA for commercial and defence operators should be strongly considered as part of developing sovereign assets.”

He also said, “We also know that the AUKUS partnership and Quad provide more opportunities for promoting deeper information and technology sharing, where artificial intelligence and quantum technology information could progress to more collaboration in future.”

5G Edge Play in the Works for Optus?
Several indications signify that the enterprise division of Optus is preparing to launch a 5G edge computing offensive. In this case, the telco will be bringing a platform developed in-house at parent Singtel to Australia.    In February this year, Singtel launched Paragon. According to Singtel, Paragon allowed enterprises to access their network
Optus to Refarm Spectrum for 4G and 5G After 2100MHz 3G Shutdown is Kicked Off
The spectrum in the 2100MHz band currently used to deliver 3G services will be refarmed by Optus. The spectrum is said to be used for 4G and 5G services beginning July this year. For this reason, Optus is kicking off the shutdown of 2100MHz 3G services. However, the telco will still offer 3G support care of its 900MHz holdings.   According to an
$405.5 Million Defence Satcom Contract Renewal Won by Optus as JP9102 Tender Looms
A $405.5 million contract renewal with the Department of Defence was won by Optus last week. This will allow Optus to continue to supply services over its C1 satellite until 2034.    According to the reports, the contract encompasses an upgrade to the Satellite Control Centre of Optus at Belrose in NSW. The contract also includes the installation
5G-enabled Drone Inspections with Endeavour Energy Completed by Optus and AWS
5G-enabled drones were successfully used by Optus, AWS, Unleash live, and Endeavour Energy to conduct the latter’s first on-site inspection of physical electricity infrastructure.   Because the demonstration was a success, Endeavour Energy is set to deploy the drones across their infrastructure assets in Penrith and Blacktown in NSW.    Scott