For your chance to win, connect to a Belong, Optus, MyRepublic or TPG plan via Compare Broadband.

You may have heard of 5G, the wireless technology that tech-heads and telcos alike are raving about. So what is it? What can it do? And can it deliver on its promise of game-changing fast internet? 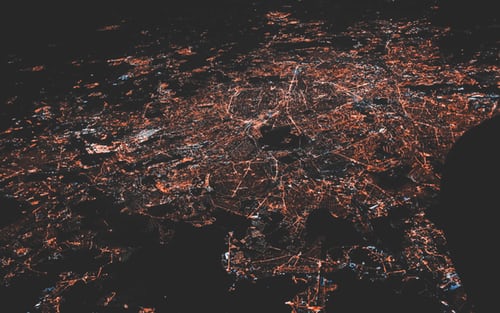 5G is a kind of cellular network technology that provides broadband access. 5G is short for "fifth generation", so named because it is the successor of 2G, 3G and the still commonly used 4G.

5G is a bit of a Frankenstein's Monster of cutting edge tech; an amalgamation of several different existing mobile technologies, it utilises aspects of the radio spectrum as well as smaller, multiple transmitters. It's capable of receiving and transmitting data simultaneously, and it can deliver download speeds between 1 and 3Gbps, meaning it is capable of supporting around 1,000 HD movies being streamed simultaneously. It's no wonder that 5G is expected to be the most prominent broadband technology used by 2020. 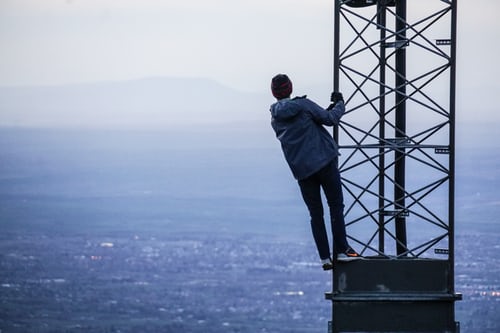 DOES THAT MEAN 5G IS BETTER THAN 4G?

It most definitely does! 5G is superior to 4G and the rest of its predecessors. It's designed to be the next step in the evolution of cellular technology, offering faster network speeds, that will reportedly allow you to download content as quickly as 20Gb per second, depending on how the 5G network is ultimately build and configured. The 5G boffins are also boasting that it will offer a more reliable performance and a better connectivity between smartphones and numerous other devices simultaneously, making it a more efficient service for the constant internet usage that our  growingly ubiquitous Internet of Things culture requires. It's going to vastly improve the consumer quality of everything from video-streaming to self-driving cars. 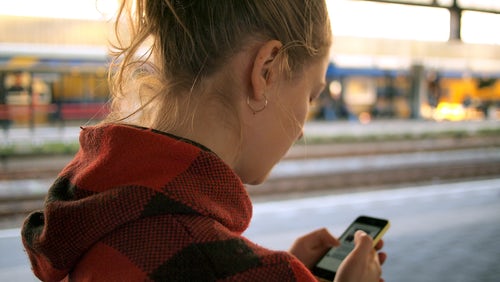 AUSTRALIA WAS FIRST TO TRIAL 5G

Yep, way back in the heady halcyon days of 2018, sunny Queensland landed a world-first by setting up a public 5G trial during the Gold Coast Commonwealth Games. Initiated by telco giant Telstra, the trial took place in a "5G Innovation Centre" which sent out 5Gh hotspots amidst the suburb of Southport, making it the first 5G loaded precinct in the entire world.

Mike Wright, Telstra’s Managing Director of Networks, sang praises for 5G's innovative initiation: “Wi-Fi has limited throughput so a single hotspot alone cannot come close to reaching the limits of 5G at our Innovation Centre. By using multiple hotspots with potentially hundreds of smartphone users served through a single 5G device we are able to get closer to demonstrating 5G in a real world environment".

Telstra Chief Operations Officer Robyn Denholm added that “5G has the potential to transform the way we all live and work.  Like previous generations of mobile technology it will deliver more capacity and faster data speeds but on top of that it will support vastly more connected devices at very high levels of reliability and lower latency."

Around this time, Optus were also keen to get on board the 5G hype-wagon, with Managing Director of Networks Dennis Wong saying that “People have been hearing about 5G for some time, and there is pent up expectation, but to date a lot of the talk has been highly theoretical. Everyone has heard of concepts like self-driving cars, smart homes, AI and virtual reality however their full potential will require a fast and reliable network to deliver. Seeing 5G data speeds through our trial that are up to 15x faster than current technologies allows us to show the potential of this transformative technology to support a new eco-system of connected devices in the home, the office, the paddock and in the wider community." 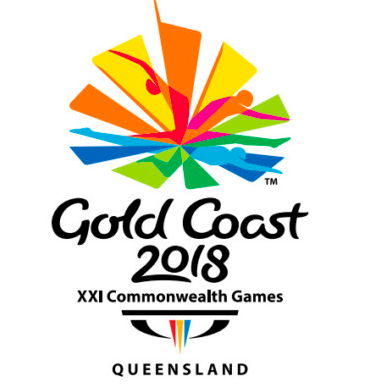 WHEN WILL 5G BE READILY AVAILABLE?

As mentioned above, it's expected that 2020 will be the big year that 5G goes mainstream; interestingly, it's the same year that the NBN is expected to finally be fully completed (at least according to the NBN Co), and the year when experts estimate over 50 billion devices will be connected online ie. the aforementioned "Internet of Things" (fairly fitting, considering that "The Year 2020" has such a nice science-fictiony ring to it, don't ya think?). Indeed, Telstra and Optus have announced that they'll be rolling out some 5G options even sooner than 2020. As in, right now, if you happen to be in one of their selected regions. 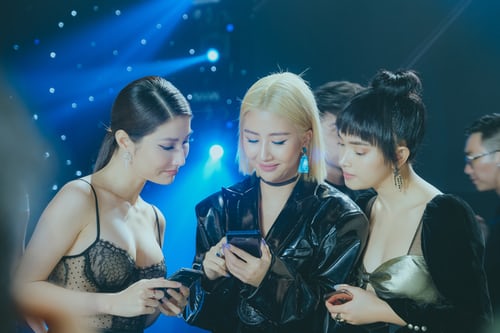 WILL 5G SPELL TROUBLE FOR THE NBN?

Is there any competition anticipated between 5G and the NBN? Ohh, you betcha. Though it's too early to tell if how things will definitively shake out, it seems obvious from the outset that the ever divisive National Broadband Network may have cause to panic, given how the NBN's complicated and delayed rollout has not been viewed positively in the public eye. There are even predictions that 5G will be effective and popular enough to be garnering government subsidisation. It's considered unlikely that 5G will replace the NBN entirely, at least until it can make it's data costs more competitive, but it will definitely give the NBN a run for its money.

That is, of course, unless 5G is ran out of town because it's unable to shake the persistent rumour that 5G is not safe for your health... WHAT? IS 5G UNSAFE FOR YOUR HEALTH?

Not according to the experts. Scientists and Australian officials are firmly of the opinion that 5G is 100% safe. However, there is a prevailing belief that the electromagnetic nature of 5G could eventually cause radioactive damage to your average user. But while many more are seeing the 5G concerns as little more as a conspiracy theory, many more are taking it deadly seriously. In fact, in April of 2019, the city of Brussels, known for its very stringent radiation rules, officially put the kibosh on the launch of a 5G pilot project, citing that it did not meet the standards of radiation rules set by the Brussels government.

Speaking with Bruz, Brussels Environment Minister Céline Fremault said "I cannot welcome such technology if the radiation standards, which must protect the citizen, are not respected, 5G or not", adding that "The people of Brussels are not guinea pigs whose health I can sell at a profit. We cannot leave anything to doubt".

Though it's worth keeping in mind that Brussels is every but as cynical when it comes to 4G, it's also prudent to consider that the longterm effect of all mobile phone radiation (including 5G as well as its predecessors) has long been a subject of interest and concern, with results that are ultimately to be properly determined; to paraphrase The Inquirer,  "It's not that it will fry our collective noggins, it's just that there's no proof that it won't".

So here's hoping it won't! More 5G details will no doubt be going to come to light both sooner and later, and we'll be updating this page as new information comes to us - so watch this space! And if you need need a change of internet service provider before the 5G revolution, well, you can probably find one that's better suited to your area/budget/web-habits... why not click though to have a look for yourself? 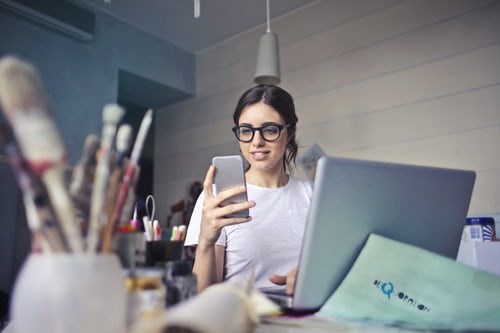 Ultimate Internet Broadband Glossary
For any and all tech terminolgy you might be unsure about, look not further than the Compare Broadband Ultimate Internet Broadband Glossary.    2GShort for "second generation", 2G is the cellular technology that preceded 3G, 4G and 5G. 2G technology was the first that supported data communications such as mobile internet and MMS.3GShort for
The Ultimate Parent's Guide To Internet and Online Safety
One thing we can all definitely agree on is that the internet is truly a wondrous gift to mankind. Once a portal for adults, the internet has now transcended the generations, and is something that children as young as the age of 3 are now using on a daily basis. Flashback 20 years ago, and kids had to find ways to fill their time - playing sports,
The Ultimate Guide to the Internet
Could you imagine what life would be like without the internet in today’s technologically driven world? It is almost impossible for most of us tech-savvy individuals to imagine a life without WiFi, Facebook, Instagram, Netflix and online shopping. I for one, would be entirely lost without being able to buy everything I need online, from all around
The Ultimate Guide to Streaming Online
Welcome to the age of Streaming. Chances are, if you haven’t been living under a rock, you have in one way or another streamed either a TV Show, Movie or your favourite Tune on one of the nifty digital devices that you own. In today’s article, we bring you the Ultimate Guide to Streaming. We will be covering everything you need to know about it,
Compare Broadband Plans
Compare Plans

What's so great about them?