Why does Google Chrome show a dinosaur when you are offline?

Have you ever seen this screen?

Then stared at it wondering why there’s a little grey T-Rex in the corner? 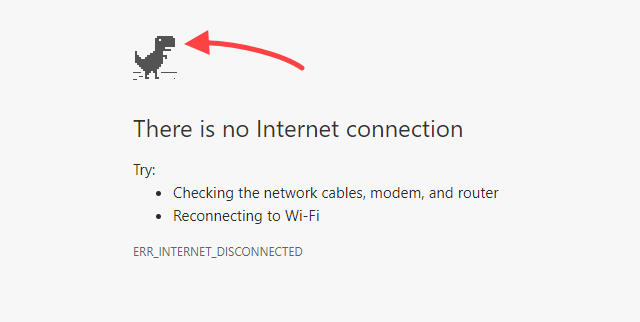 What you’ve always figured to be just another annoying error screen is actually a classic style “running” game that the clever folks at Google have cheekily added into their offline screen.

Is this the programmers having a sense of humour? Or do they just feel bad that our Internet doesn’t work?

Well as it turns out, it's a bit of both... the creators of the T-Rex spilled the beans in a recent interview to celebrate the little saurian turning ten years old! 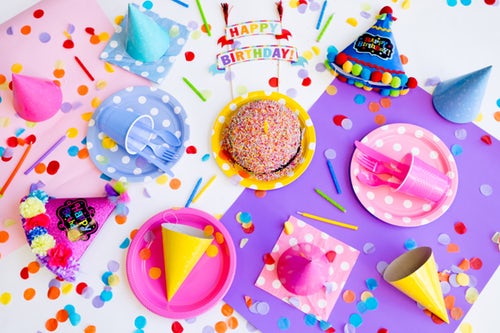 According to Chrome designer Sebastien Gabriel, the prehistoric theme was very deliberate.

"The idea of an 'endless runner' as an easter egg within the 'you-are-offline' page was born in early 2014. It's a play on going back to the 'prehistoric age' when you had no Wi-Fi. The cacti and desert setting were part of the first itereration of the 'you-are-offline' page, while the visual style is a nod to our tradition of pixel-art style in Chrome's error illustations."

"The only restriction we placed on ourselves was to keep the motion rigid, reminiscent of vintage video games. At the beginning we, 'What if we did a cute little kick in the beginning like our favourite 90's hedgehog? What if it roared to signal to people that it was alive?' But in the end, we settled on the basics of any good runner game: run, duck and jump."

The original code name for the idea was "Project Bolan", a cute reference to influential singer Marc Bolan, ie. the frontan of glam-rock outfit T. Rex.

So you want to know the trick to unlocking the game? Simple. The game can be activated by pressing the spacebar. That will awaken the beast!

That little grey T-Rex will run its little heart out and your job is to press the spacebar to jump and avoid the oncoming cacti and pterodactyl flying around. Watch your score rise as the pace picks up and the obstacles get more difficult. If your T-Rex runs into any said obstacles it’s ‘Game Over’ but you can simply press the spacebar and get straight back to trying to beat your high score... while you wait for the Internet to come back on of course.

According to Reddit, one poor fellow with too much time on his hands reached a whopping score of 4,300! Beat that!

Sadly, your score won’t save if you refresh the page but hopefully by then the Internet has revived itself and you can get back to important things, like watching “Ultimate Fail” clips on YouTube.