What is Standalone, or Unbundled ADSL2+?

Increasingly, customers want the benefit of a fixed line broadband connection without having to pay for the dreaded ‘line rental’, which most people associate with a landline telephone service that they don’t need or want. This has led to the rise of Naked ADSL, which offers ADSL broadband with no line rental to pay; but people get this confused with very cheap-looking plans for ‘Broadband Only’, or ‘Unbundled ADSL2+’. These are not the same thing: these are plans for a broadband link…over a standard phone line…where the line is being shared with another provider. Confusing? Let’s see if we can make some sense of all of this. 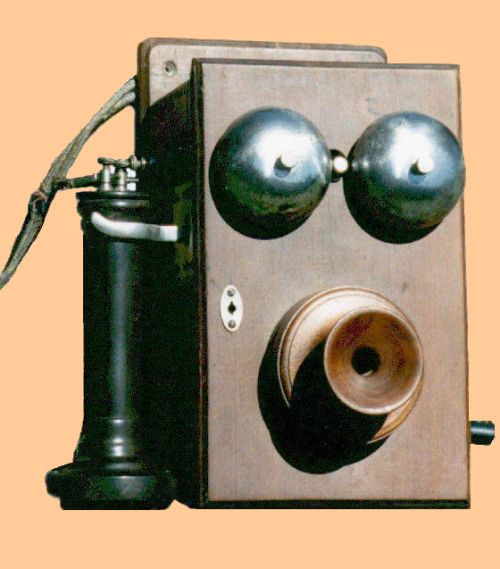 The mental barrier people have is equating the charge for line rental with a cost for providing a landline telephone voice service. Most people understand that the humble telephone socket leads to a copper wire, which can carry voice and broadband. But when asked to pay a $30 Line Rental fee, they balk at the idea of paying for a voice service they don’t want.

This overlooks the point – it’s called ‘Line Rental’ for a reason. You pay it because you are renting that line for a service – that being, the broadband connection. It’s a valid charge whether you use the telephone or not.

Then why provide a phone service at all?

Why do you think? Because they want you to use it, so they can charge you for calls! If you don’t use it – if you NEVER plug in a handset at all, then guess what? You won’t pay for calls.

The truth is a little more complex; the whole network was designed with telephone in mind, so the telephone signal provides the baseline for everything else – fax, alarm systems, and of course broadband. So the voice service is included due to a mix of technological need, regulation (Telstra is still obliged to provide access to fixed-line voice services) and greed.

Why separate the charge for line rental? Why does it have to be itemized?

In part, you might conclude that by separating the ‘line rental’ fee from the ‘broadband’ fee, this gives ISPs room to advertise really cheap plans, and then pulling a double switch on the customer once they’ve called in and are too tired to argue. That might be the case – TPG just fought a battle in the High Court over that.

But the reality is that when it comes to ADSL, no ISP connects to your home. The closest their own network can get is to your local telephone exchange. From there, they have to piggyback on a network that DOES reach to individual homes – and that’s the Public Telephone System. And that belongs to Telstra.

So whether you like it or not, Telstra makes money on every ADSL connection in Australia, by providing the “1st Layer” network linking your home to the “2nd Layer” network of your choice.

ISPs can take advantage of this by basically saying ‘Look…we only want to charge you $30 a month…but Telstra want $30 to link you to us. So it’s a $60 bundle. Sorry”.

Even with that taken into account, ADSL is still the cheapest and most widely available means to connect to the net with a lot of data and high speeds.

Hint: it's not exactly this

Naked DSL is a product designed to get people over the hump of ‘I don’t want to pay line rental because I don’t use the phone”. It still uses the exact same line, and your ISP still pays an access fee to Telstra to use that line – but the voice service is not included at all. For whatever reason, this condition allows the ISP to simply fold their wholesale cost into the overall cost for service – without having to itemize it as ‘line rental’.

This makes people feel better, because they can say they don’t pay line rental – but Naked DSL is the exact same price, in almost every case, as the overall price of a line rental + broadband bundle plan. In some cases, it’s even more expensive, thanks to the higher costs to provision the service (and maybe to account for the lost potential revenue of people making phone calls).

So for example: TPG charges $30 line rental + $30 Unlimited data for their standard bundle; but for Unlimited Naked DSL, they charge just $70 a month. Bargain, right? Only if you have an aversion to saving money. Getting the bundle and then simply never plugging in a telephone handset is the same exact thing, for $10 less.

In fact, there are other benefits to getting a bundled voice and data line over Naked DSL. It’s easier for technicians to fix issues, it’s easier and quicker when changing from ISP to ISP, and it’s generally more widely available.

Still, if you insist on purity, then MyNetFone (1300 421 046) and Internode (1300 106 571) offer Naked DSL plans that are better value than most bundled plans. And no surprise- they prefer this because they also want to sell you a VoIP service as well. Which you might need, seeing as how you won’t have a traditional landline phone.

So what’s Unbundled, or Standalone Broadband?

The phone and internet bundles listed above are made cheap, to entice you to have your necessary line rental fee paid through your ISP. When bundling, your whole line gets plugged into the gear belonging to your ISP; but if you don’t bundle, then your telephone line has to be split in half at the exchange, with one company controlling the phone signal, and one controlling the broadband. That’s a pain; so ISPs make it more attractive to bundle.

BUT…there are situations where you will want to have your phone line provided directly by Telstra, while another provider offers their broadband signal over the top. This includes:

-    Living with parents. Maybe your folks are Telstra shareholders, or otherwise don’t feel like changing. Or want the Internet only to be in your name.

-    Fax, dial-up backup connection, back to base alarm, Priority Assist. All of these services use a phone line as well, but are only compatible with a full service Telstra connected line, and not a re-sold wholesale connection. To keep costs down, most ISPs connect to Telstra with a very cheap, simple line connection that won’t support those sorts of complex features – this is because the vast majority of people want the line connected just for broadband, or for broadband and calls.


What are my options for Unbundled/Standalone broadband?

MyNetFone concentrates on Naked DSL; but if you’re outside their network (for instance, in rural areas) then their reasonable plans will be the same price, albeit with you having to pay a separate line rental to Telstra. Still, not bad value at all.

Most other ISPs skew the value of their plans towards bundles, and are less competitive when it comes to this form of line sharing.

Don’t like paying line rental? Get over it. Because regardless of whether or not you use the phone, you will be paying it one way or another. And even then, an ADSL connection is faster, more reliable, better value and more widely available than a mobile wireless or Cable connection.

MyNetFone expands VoIP network with acquisition
MyNetFone has acquired GoTalk for $1.4 million, expanding its wholesale voice-over-internet network to be one of the largest in Australia. The buyout will further cement MyNetFone’s status as the VoIP provider of choice for budget (and customer service) conscious consumers.What is VoIP?      Voice over Internet Protocol seems straightforward, but
Best Deals Right Now for Naked DSL
Later this month we’ll be posting a thorough examination of Naked DSL, which is in the news spotlight as Telstra makes furious arguments against providing it to consumers. We’ll examine what Naked DSL is, what it isn’t, why it can be largely ignored and why most people have no clue what it’s all about.
Why Do I Need to Pay Line Rental?
This is by far the most frequent question we get. The condition of having to seemingly pay for a landline service that is increasingly irrelevant, just to have a consistent high speed internet service seems ludicrous to many people.                        The customer angst around paying line rental has led to the rapid take up of mobile
Refresher: Naked DSL and Telstra’s refusal to provide it
This week, the Australian Competition and Consumer Commission (ACCC) has started the painful process of getting  Telstra to offer Naked DSL links to its wholesale customers – that is, fixed copper line connections with no standard voice service attached, at a lower price to a bundled line. The response from the telco giant was uncharacteristically