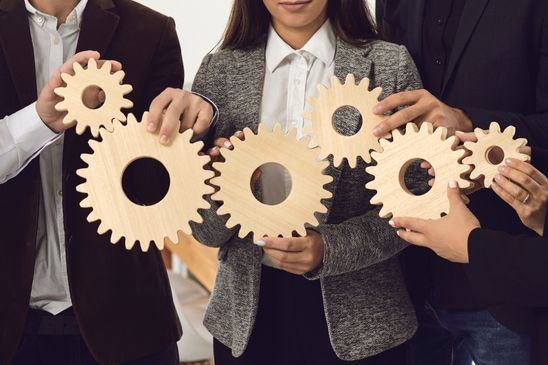 According to NBN Co, in its experience, carrier separation rules are not well understood by smaller telcos.

The wholesaler has told the Australian Competition and Consumer Commission: “The consequences of this are pockets of premises with far less retail choice (in some cases as few as one retail provider) than the general service area, primarily due to either a lack of wholesale offering or a limited selection of retail RSPs that have elected to onboard with the infrastructure provider serving these premises.”

This has been particularly the case in multi-unit buildings, retirement villages, and “similar style new developments,” said NBN Co.

These comments from the telco were based on a draft document released in April by the regulator. This document aims to provide rules on the requirements a carrier must fulfill if their network supplies residential customers to operate on a wholesale-only basis or undertake functional separation.

According to NBN Co, it strongly supported the efforts of the ACCC to “better inform industry of the separation obligations that apply and particularly appreciates the range of complex scenarios that have been used as examples in the guidance.”

“This will ensure a greater degree of understanding and compliance and should result in improved availability of RSP choice for end users which ultimately serves the long-term interest of end users,” the telco further added.

In this case, NBN made several suggestions to improve the draft guidance. NBN Co said: “It would be helpful for the ACCC to clarify that these obligations also apply regardless of whether the wireless technology is deployed on a dedicated (i.e. cabling to a wireless access point for each separate unit) or shared basis (i.e. cabling to one or more shared wireless access points that may each serve multiple units).”

The telco also said that this would be useful because of the “range of different deployment approaches used by operators, particularly in the build-to-rent or student accommodation sector.”

Meanwhile, TPG Telecom also responded to the ACCC’s draft. In its response, the telco noted that it has “long supported the relaxation of the carrier separation rules to facilitate greater competition and investment in fixed-line networks.”

However, the telco also added that there “remains a complex regulatory regime which non-NBN providers must continuously navigate in any attempt to compete against NBN Co, noting TPG Telecom will be able to benefit from simplified regulation when our functional separation undertaking comes into force.”

TPG said: “It is unclear to us the policy intent behind excluding residential customers who are served via wholesale customers from calculations. It is possible that the ACCC’s approach will allow small to medium-sized operators to benefit from the class exemption despite indirectly supplying significantly more than 12,000 customers, and therefore having a medium or large-sized network. This may be inconsistent with the class exemption being designed to reduce the cost burden on a limited set of smaller networks.”

NBN Co: Meeting Investment Needs of Network - A Basis of Future Success
NBN Co has rallied for its need to earn enough profit to cover its investment requirements. This was because approximately $2.5 billion was already spent on capital expenditures last financial year. This was from its $3.1 billion earnings after opex. This push was made days before the re-activation of a revised Special Access Undertaking process
RSP Opposition to NBN SAU Proposal Supported by Vocus as It Calls for a Break From Past Policy
According to Vocus, the new federal government should “reboot” the NBN Special Access Undertaking process. CEO Kevin Russell said that “NBN’s proposed SAU variation is built on the flawed foundations of its history.”   He further added that “the new government, with its commitment to keep the NBN in public hands, has an opportunity to make a
NBN Opens More Fibre Upgrades: Are You Eligible for FTTP?
When the NBN network first rolled out, you didn’t get a choice on the type of connection you get. Instead, you get what is available to your location.  While some addresses were fortunate to get fibre direct to their premises (FFTP), others had to settle with what was just within reach: fibre near their property (FTTN), at the curb (FTTC), or to
Revival of NBN SAU Issue Expected as Industry Submissions Set to Go Public
The NBN Special Access Undertaking debate is likely to spark up again as the deadline for submissions to the Australian Competition and Consumer Commission is nearing.   Telco, consumer, and ACCC's reactions to this NBN undertaking proposal were greatly negative in the past. Additionally, the general sentiment was that the proposal should be