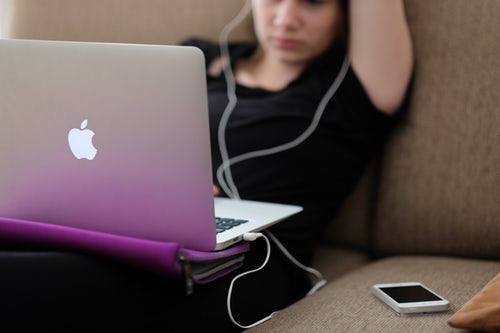 As the NBN endeavours to roll out wholesale broadband across Australia, the company's operations and results have remained consistently divisive in the public eye. In an effort to sift the common misconceptions with the facts, we decided to go directly to the source, and reached out for a chat with the Executive Manager at NBN Co, Tony Brown.


What are the biggest challenges you're facing with the NBN?

The scale of the rollout remains a huge challenge for nbn, at present we are going through a quieter time in terms of activations compared to the second half of last year - but we are still activating 25,000 premises per week! Once we started HFC premises Ready to Connect at the rate of 100,000 per month from July onwards then we are going to see our activation rate return back to the kind of 50,000 premises per week levels we saw frequently last year.

When you are connecting 50,000 premises per week you are effectively connecting a city the size of Canberra every three weeks - that's a lot of connections.

What are the public perception challenges you're facing with the NBN? Do you think the NBN is getting a bad rap, and if so, why? Is it a misconception?

Nbn is one of the only infrastructure projects in the history of Australia that will ultimately affect almost every single premises in the country one way or another. What's more, nbn is supplying a commodity in the shape of broadband that people use every single day - and many people use it every second they are not asleep. That being the case, nbn has an impact on Australians far broader than anything else we have ever seen before and is under understandable close scrutiny from a range of quarters. The biggest misconception about nbn is that we actually sell and deliver broadband services to end-users - the reality is that we do not. Nbn is a wholesale-only operator and we only sell services to phone or internet retailers who then in turn sell and deliver services to end-users. The face of the matter is that nbn is only responsible for the quality of a broadband connection someone is receiving up a point - the vast majority of the responsibility for service quality lies with the retailers themselves.

What many people fail to realise is that you can have two service providers deliver services over the same piece of the nbn network and the quality of service from one to the other can range from amazing to awful - it all depends on how they set up their network and how much capacity they have invested in.

There are people out there on very expensive Fibre-to-the-Premises connections getting ADSL like speeds because their service provider is not doing a great job whilst others will be getting a solid 100Mbps on Fibre-to-the-Node because their provider has put enough capacity into the pipe and set up their network properly.


What's a CVC and how does it effect my speed?

A CVC is a Connectivity Virtual Circuit (CVC) - this is how phone and internet providers purchase capacity for end-users on the nbn access network. In short, the more CVC that an internet provider allocate to each end-user then the better the quality of service will be for the end user. However, retailers choose to allocate their purchased capacity very differently for their end-users, some allocate a lot of capacity for end-users whilst others allocate a significant amount less.

The difference will typically be seen in the prices people pay for their service, retailers that are allocating a substantial amount of CVC will likely have to charge end-users more for their service than those who are allocating only a small amount of CVC for each end-user. If a deal sounds too good to be true then it probably is, end-users really need to shop around to make sure they select the right provider for them and they sign up for the right plan.

A lot of people are disappointed by the NBN's speed. Is the infrastructure part of the problem, or is it more to do with too many people on the basic 12mbps connection?

If end users want to jump on board the nbn access network on a higher speed plan of 50Mbps or 100Mbps then they need to make sure they ask their retailer to put them on those plans.

If an end user doesn't directly ask for one of those higher speed plans then it is quite likely that their retailer could just put them onto a lower speed plan of 12Mbpps or 25Mbps.

Nbn has now moved around 40% of our entire end-user base to 50Mbps or 100Mbps plans thanks to a new pricing structure we put in place last December.

How can customers avoid dissatisfaction with the NBN?

The most important thing for an end-user to do is to make sure they sign up to the right plan for them on the nbn network. This means doing a bit of homework before they sign up to try and find out which provider is right for them so it's a good idea to ask friends, family and neighbours what provider they are using and if they would recommend them.

In addition, it is a very good idea for end-users to avoid signing up to a long term contract until they are sure they have found a provider they are happy with; most retailers will provide monthly plans for end-users who wish to try a service before signing a longer term contract.

If the end-user is experiencing any issues with their service then it's a good idea to contact your retailer who will then try to resolve the problem with he assistance of nbn. It is worth remembering that the problem could also be with some equipment in the end-user premises such as a poorly set-up Wi-Fi network or faulty hardware.


What do you think the best plan to sign up to is? Do you personally have the NBN at your place, and if so, what sped/plan do you have?

Different plans will be suitable for different end-users - for some people who don't use the internet very much, a 12Mbps entry-level plan will be just fine but for someone that uses the internet for working from home or that has children that are always streaming video, then they may want to choose a higher speed plan.

Does this infrastructure allow us to surpass 100mg in the future?

On the Fibre-to-the-Node network about 90% of around four million end-user premises will be able to access at least 50Mbps by the end of the build with around 20% able to access 100Mbps.

The bottom line is that by 2020 we are aiming for virtually every single premises in the country to be able to have access to at least a 25Mbps connection.

To find out if you're getting the best internet plan, or to find out more about the NBN, click the button below!