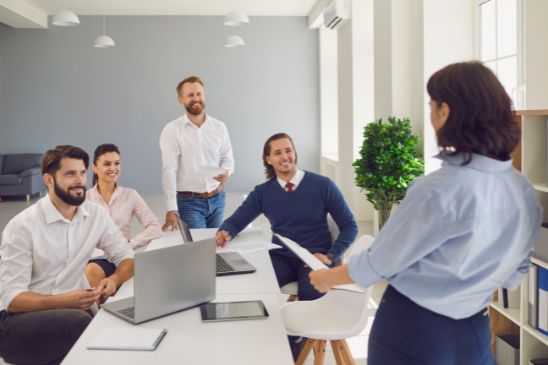 The NBN Special Access Undertaking debate is likely to spark up again as the deadline for submissions to the Australian Competition and Consumer Commission is nearing.

Telco, consumer, and ACCC's reactions to this NBN undertaking proposal were greatly negative in the past. Additionally, the general sentiment was that the proposal should be redesigned by NBN Co to get regulatory acceptance as well as industry support and ongoing departmental advocacy.

The consensus from that meeting was that it was unlikely that the Australian Competition and Consumer Commission would approve the SAU proposal of NBN Co. In addition to this, the statutory timeline of six months to reach this point would “buy time” for the government and the regulator to design a backup plan for the future pricing of NBN beyond October this year.

It was also discussed that there may be less pressure on NBN to earn the types of return required for it to achieve a standalone debt rating with a change of government. This is in the event of its privatisation. In this case, if NBN was to be privatised, higher revenues and earnings to maintain a competitive rating would likely be required. Nevertheless, the current ratings are still subject to fine lines which could be hurt by a negative SAU outcome for NBN Co.

The ACCC issued critical commentary on the NBN SAU variation, stating that it was not in favour of the SAU’s proposed convergence of lower and higher speed pricing. The ACCC thinks that the proposed revenue and price caps from NBN Co are too high. Additionally, the ACCC also highlighted that NBN’s pricing proposals do not appear to be based on underlying costs.

Nevertheless, the regulator said it had still not reached any preliminary decision. This means that ongoing consultation “on all relevant issues” are still happening.

As an alternative regulatory option, there has been industry speculation that the ACCC could impose its own interim access determination. This is in case the SAU is rejected. According to the ACCC, there will be three major factors to be considered. These factors include the price, future expenditure, and quality. The position of the government will be clearer when the submissions from the Department of Communications, and possibly, Finance, are published on the regulator’s website.

NBN Co: Meeting Investment Needs of Network - A Basis of Future Success
NBN Co has rallied for its need to earn enough profit to cover its investment requirements. This was because approximately $2.5 billion was already spent on capital expenditures last financial year. This was from its $3.1 billion earnings after opex. This push was made days before the re-activation of a revised Special Access Undertaking process
NBN to ACMA: Carrier Separation Rules Not Well Understood By Smaller Telcos
According to NBN Co, in its experience, carrier separation rules are not well understood by smaller telcos. The wholesaler has told the Australian Competition and Consumer Commission: “The consequences of this are pockets of premises with far less retail choice (in some cases as few as one retail provider) than the general service area, primarily
RSP Opposition to NBN SAU Proposal Supported by Vocus as It Calls for a Break From Past Policy
According to Vocus, the new federal government should “reboot” the NBN Special Access Undertaking process. CEO Kevin Russell said that “NBN’s proposed SAU variation is built on the flawed foundations of its history.”   He further added that “the new government, with its commitment to keep the NBN in public hands, has an opportunity to make a
NBN Opens More Fibre Upgrades: Are You Eligible for FTTP?
When the NBN network first rolled out, you didn’t get a choice on the type of connection you get. Instead, you get what is available to your location.  While some addresses were fortunate to get fibre direct to their premises (FFTP), others had to settle with what was just within reach: fibre near their property (FTTN), at the curb (FTTC), or to