What is the NBN (and how does it work?)

Ever been stuck looking up what the NBN actually is?! 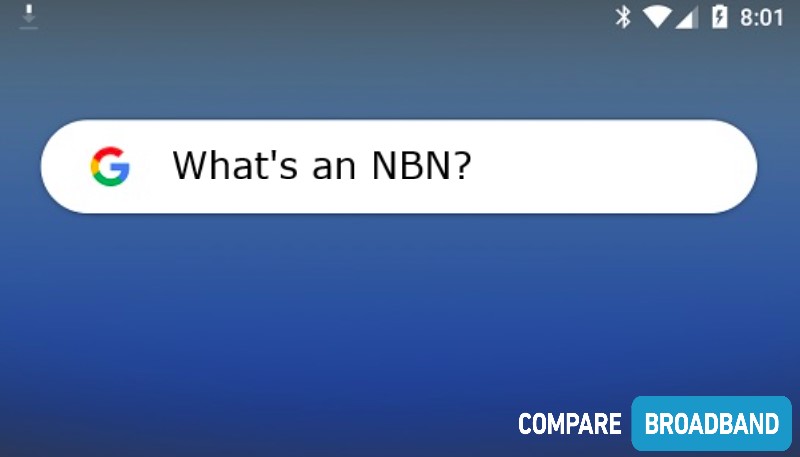 Ok, so people keep telling you to get on the NBN and they talk about it like it’s this new club you’re not a part of. You try and keep up with the conversation but really you have no idea what they’re talking about and it all sounds too confusing. You’re not alone and you’re definitely not a “dummy”.

Here’s a simple guide of what you really need to know about the NBN as an average Joe/Josephine.

What is this “NBN” thing?

The NBN, or the National Broadband Network for those of you playing at home, is first and foremost, an upgrade to Australia’s existing phone and Internet infrastructure. It will, in the very near future, most likely affect you as the NBN continues to rollout to the majority of Australians.

In fact, you may already be in an area where the NBN exists. (Check NBN rollout map)

The NBN prides itself on being faster, more reliable, accessible to 93% of Australian households, affordable, easier to say than ADSL2+ and will take us all further into the 21st Century. Hooray!

Why do I care?

Since December 2017, Australia sits at number 55 in the world ranking of Internet speeds at a mediocre average download speed of 25.88 Megabits per second (Mps). It’s not the worst...but it’s certainly Megamiles off being the best.

The NBN hopes to change this.

To give some perspective on these rankings; a country such as Kazakhstan sits proudly one spot ahead of us at 54. Kenya, Iceland and Latvia all rank higher as well with Singapore currently sitting as the top dog downloading at a ridiculous rate of 161.21 Mps. Yikes! Imagine how quick the new eps of “Game of Thrones” will download!

Yeah cool, but what do I actually need to do?

The fact is, the NBN isn’t a necessity at this stage by any means and may not affect you for a while so you might want to do nothing. However, it most likely will, so getting in early could definitely be the way to go and will save some stress down the line as they expect the rollout to be complete by 2020.

What you really need to know is that the NBN won’t sell directly to you so the next move is to look into the service providers who best suit your needs.

The trick here is knowing the “how’s” and “why’s” of your Internet usage so you can accurately compare deals and service providers. Even knowing how much you love to sit and watch Netflix all day or if you only want to be able to answer emails, or play online games or just listen to Spotify while you go about your day, all that info helps to getting you the best deal for your exact needs. The deals for NBN do vary quite a bit and can suit individuals and businesses alike.

Yes, there are a few fiddly things to do around connecting to your house and some new equipment required (the normal things that go with new technology) but if anything still scares you or you don’t understand we’re here to help!

If you do make the switch, you’ll be able to confidently hang around the water cooler, nonchalantly telling everyone that you're now part of the NBN club.