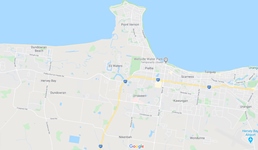 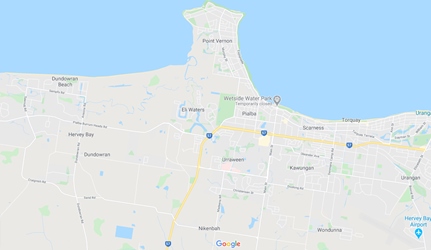 Looking for reliable home broadband in Hervey Bay QLD? There are many options out there; the first thing you’ll need to sort out is what kind of internet connection is best suited to your home, as that will then inform what the best plan and provider is best suited. Your ideal internet connection will largely depend on your location, as different areas are equipped for different internet connections. Some of the more prevalent internet connections found in Hervey Bay include ADSL2+, the NBN, Cable, and Naked DSL. You may find that your home is compatible with more than one type of internet connection, but this isn’t the case for a lot of people; for example, it’s unlikely that any home is equipped with both an active ADSL2+ connection as well an active NBN connection, as the NBN was designed to phased out ADSL2+. To find out what the best internet options are for your home, you can use our free broadband search engine above. Simply enter your postcode or suburb into the white search bar and then click “Compare Now”. Our system will ask you a few quick questions regarding how much you want to spend per month and how much data you need, so it can whittle down a list of the best Hervey Bay broadband providers and plans for your needs and location. Easy!

There are several types of NBN connections found in Hervey Bay, including Fixed Wireless, HFC (Hybrid Fibre-Coaxial), FTTB (Fibre to the Basement), FTTP (Fibre to the Premises), and FTTN (Fibre to the Node). To find out if your home is ready for NBN service - and to learn what manner of NBN connection your area has been designated - enter your full address into the NBN rollout map below. If your home does not yet have an active NBN service, the map will tell you roughly when your upgrade should be completed. Make sure you enter your full and accurate address for full and accurate results. If your home is already connected to the NBN network, you can compare the best NBN providers in Hervey Bay and find NBN providers in your area.

Compare Broadband cannot guarantee that all plans or providers shown will be available at your property address. Connection and plan availability will need to be confirmed by the internet service provider. Additional charges may apply for non-standard connections.
Showing 8 of 104 Plans
Showing 8 of 104 Plans

Tangerine Telecom is an Australian internet service provider that provides the NBN internet broadband service for Australian homes and offices. If you’re after a fast unlimited NBN plan but you don’t have the time and the energy for tech jargon or hidden fees, then Tangerine Telecom just might be for you. Tangerine Telecom’s affordable plans, trusty service, and hassle-free approach earned them a bevvy of awards at the 2019 Mozo Expert Choice Awards. All of Tangerine Telecom’s NBN plans come with no lock-in contracts, no set-up fees, and unlimited data. What’s more, Tangerine Telecom will offer new customers a 14 day “risk free” trial on all of their NBN plans. Tangerine will also give you a $15 discount for the first 6 months on all speed tiers.

Broadband Plans by Suburb in Queensland

The NBN stands for the National Broadband Network; it is a countrywide upgrade to Australia’s internet, that improves our internet infrastructure by replacing the old copper line network with a typically more efficient fibre optic cable network. The NBN build in Hervey Bay is mostly completed; there are a few remaining areas that have not yet been upgraded, but NBN construction has commenced in those areas and should be completed soon. The NBN Co (the government corporation responsible for building and maintaining the NBN) have cited that the NBN Australian rollout should be completed nationwide by the end of 2020.

As the NBN is a mix-technology, all of the different NBN connections are built and operated slightly differently to each other, and some of them are known to work more effectively than others. However, NBN customers do not get to choose what kind of NBN connection their home is given, this choice is made based on their location; an unpopular NBN Co policy that is now known as the NBN Lottery. That said, if you have an NBN connection that you find is lacking in performance, it is worth calling your NBN provider to see if the problem is infrastructure or something that’s more easily solvable, such as a loose cable, a misplaced cable, or something in your home (such as a wall, fish-tank or Christmas tree) that is blocking your Wi-Fi signal. If it is found that the problem is indeed due to the NBN infrastructure and/or your NBN connection type, you can try changing to an NBN package of a higher speed to see if that helps. Alternatively, you can see if there are alternate home internet connections available in your area, such as the emerging 5G network.

Hervey Bay is home to all of the major Australian internet service providers (often referred to as “ISPs”) including Aussie Broadband, TPG, MyRepublic, Belong, Dodo, iiNet, iPrimus, and of course, Optus and Telstra. Though most internet broadband providers are reputable, not every provider can guarantee sufficient internet coverage to every single area of Australia, especially remote areas. That’s why it’s always wise to check with a broadband expert before you sign with a provider. For a free consultation with one of our own home internet advisers, call 1300 106 571.

Have more questions about broadband? Need more help finding the best Hervey Bay internet plan for your home? Give us a call! Compare Broadband is a free internet comparison service to all homes in Australia, and we’re independently rated 5 stars by our customers with a Trust Pilot score of 4.8 out of 5 based on over 1,800 reviews. You can call one of our friendly consultants for fast and free broadband advice anytime between 9am to 8pm Monday to Friday, and between 10am to 5pm on Saturdays and Sundays. Give them a bell on 1300 106 571. You can also do your own sleuthing using the free Compare Broadband search engine, and you can follow us on Facebook to stay up to date on Australian broadband news. Easy!

Trustpilot
Trustpilot
Did you know...
We can get your internet connection process started in
as little as 5 mins?
1800 061 200 Tap to call