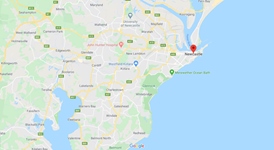 Types of Internet connections in Newcastle

Searching for a new internet deal for your Newcastle home or office? There are a lot of choices out there, to the point that it can sometimes be a little daunting. But here at Compare Broadband, we aim to make the process of finding the right broadband fast and simple. There are many different types of internet connection found in Newcastle NSW, but the best one for you is ultimately going to depend on your specific location as most homes are not compatible with every type of connection. Additionally, while there are many major ISPs (internet service providers) operating in Newcastle, most ISPs are unable to guarantee sufficient coverage in every part of Australia. So to learn what the best internet connection, provider and plan is for your home, enter your address into the white search bar above and click “Compare”. Our search engine will then ask you a few quick questions about how much data you need and how much money you want to spend on broadband a month, so it can then whittle down a list of options that are tailored to your specifics.

Types of NBN connections in Newcastle

The NBN rollout in Newcastle is predominantly completed. There are few remaining patches that are not yet NBN ready, but build has commenced and these areas should be NBN active soon. The construction and subsequent operation of the NBN is handled by a government corporation aptly titled NBN Co, who have stated that the NBN rollout in Newcastle (and the rest of Australia) is expected to be completed nationwide sometime in 2020. As the NBN is a multi-technology mix, there are several different NBN connections commonly found in Newcastle, including Fixed Wireless, Fibre to the Curb (FTTC), Fibre to the Basement (FTTB) Hybrid Fibre-Coaxial (HFC) and Fibre to the Premises (FTTP). Some NBN connections are found to be more reliable than others, but you don’t get to choose what type you are given, this is decided by the NBN Co (a policy that is now scornfully referred to as the NBN Lottery). However, if you NBN connection is found wanting, you can likely still get a good performance out of it by opting for an NBN package that has a good amount of data and a higher speed tier.

To find out what NBN connection the NBN Co has designated to your street, enter your full address into the Newcastle NBN rollout map below. If you don’t yet have the NBN in your area, the map will tell you when you can expect it. Once your home is NBN active, you can compare the best NBN deals in Newcastle here.

Compare Broadband cannot guarantee that all plans or providers shown will be available at your property address. Connection and plan availability will need to be confirmed by the internet service provider. Additional charges may apply for non-standard connections.
Showing 8 of 104 Plans
Showing 8 of 104 Plans

Tangerine Telecom is an Australian internet service provider that provides the NBN internet broadband service for Australian homes and offices. If you’re after a fast unlimited NBN plan but you don’t have the time and the energy for tech jargon or hidden fees, then Tangerine Telecom just might be for you. Tangerine Telecom’s affordable plans, trusty service, and hassle-free approach earned them a bevvy of awards at the 2019 Mozo Expert Choice Awards. All of Tangerine Telecom’s NBN plans come with no lock-in contracts, no set-up fees, and unlimited data. What’s more, Tangerine Telecom will offer new customers a 14 day “risk free” trial on all of their NBN plans. Tangerine will also give you a $15 discount for the first 6 months on all speed tiers.

You may already have heard of 5G, the game-changing cellular technology that’s potentially going to take over all other forms of broadband, both on the phone and in the home. And if you haven’t heard of it, then you’re about to! Tech experts are espousing 5G as the next major broadband boom because of its unprecedented download speeds that, at peak performance, are meant to be 100 times faster than 4G. With that kind of speed, and the ability to support internet across several devices simultaneously, it’s little wonder that 5G may prove a threat to the NBN.

The NBN stands for National Broadband Network. It is a government owned initiative designed and implemented to upgrade Australia’s internet infrastructure by taking our old copper line networks and replacing them with a typically more efficient fibre optic cable network. If you are in an area that does not yet have an active NBN, you may find that ADSL2+ is your next best option; however, it’s important to know that once a region is fully upgraded to the NBN, the ADLS connections in that area are permanently disconnected. If you are an ADSL user you will be given around 18 months notice before your ADSL is cut off, and you will need to use this time to line up an ulterior plan, either with the NBN or another form of home broadband, such as Home Wireless.

Besides your location, there are numerous other factors to consider when finding the best broadband plan for your home. For example, how many people live in your home? Do you all use the internet at the same time? Does anyone use it for streaming or downloading? Once you’re across all this, you’ll have an easier time working out a plan and provider that works for you. And we’re here to help! Compare Broadband is a free internet comparison service for all Australian homes, so if you want to speed up the process of sorting out your home broadband, you can also use our free broadband comparison search engine, or you can give us a call on 1300 106 571 to talk to one of our helpful and friendly broadband consultants. And to keep informed about NBN news in Newcastle, and/or any other broadband updates, follow us on Facebook.