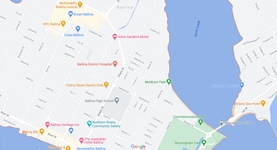 Types of Internet connections in Ballina

Ballina NSW has several different kinds of home broadband connections, such as  ADSL2+, Cable, Naked DSL, Home Wireless, and of course, the NBN. The best kind for you will depend on where in Ballina you reside, as internet connections are typically best suited to connect to the different kinds of internet infrastructures found in different areas. For example, if you live in a home with an active ADSL2+ connection, it will likely mean that your residence does not yet have an active NBN service, as ADSL connections are generally disconnected in areas where the NBN construction has been completed. Once you are aware of the internet connection type that is optimal to your address, it makes it easier to find a plan that also caters to your other specific requirements, such as how much data you comfortably need in a month, and how much you can afford to spend on it. To get started, enter your postcode or suburb into the search bar above and click “Compare Now”. Our free home broadband search engine will ask you a few quick questions about your monthly internet habits so that it can gauge your data requirements and provide you with a shortlist of different home broadband plans  that meet your needs, from Australia’s leading internet service providers. It’s fast, simple, and best of all - it’s free!

Types of NBN connections in Ballina

Ballina NBN service is now largely available in Ballina. If your home already has access to the NBN network, you can compare the best Ballina NBN plans and providers here. If you are unsure whether or not your home is NBN ready, enter your home address into our NBN rollout map below. Make sure you enter your full and accurate address for best results. The NBN map will tell you whether or not the NBN build has been completed in your area. If the NBN has not yet been finished in your area, the map will tell you roughly when you can expect your upgrade to be completed. Either way, the map should be able to tell you what NBN connection type has been designated to your area. The NBN is a mixed technology, most commonly referred to as a Multi Technology Mix (or MTM for short). This means that there is no one standard NBN connection type, but rather, several different kinds that each utilise a different technology type. The different kinds of NBN connection types found around New South Wales include Fixed Wireless, FTTN (Fibre to the Node), HFC (Hybrid Fibre-Coaxial), FTTB (Fibre to the Basement), and FTTP (Fibre to the Premises). Some of these NBN connections are known to work a bit more effectively than others, but we don’t get to choose what type is installed in our homes, this is a choice made by the NBN Co based on geography. However, if an NBN customer finds that their NBN connection type is lacking, they may wish to consider upgrading to a faster NBN speed tier or a higher data plan, or alternatively, seek an alternate form of home broadband technology, such as Home Wireless.

Compare Broadband cannot guarantee that all plans or providers shown will be available at your property address. Connection and plan availability will need to be confirmed by the internet service provider. Additional charges may apply for non-standard connections.
Showing 8 of 102 Plans
Showing 8 of 102 Plans

You will be able to find all of Australia’s leading internet service providers (or ISPs) operating in Ballina, such as Telstra, Optus, TPG, MyRepublic, Aussie Broadband, iiNet, Belong, Dodo, and iPrimus. It’s difficult to declare one broadband provider the definitive “best”, as it’s a very subjective answer, and the best for someone else is not necessarily going to be the best for you. While there are many excellent broadband providers with great deals out there, the trick is finding the one that suits your specific budget and data needs. It’s also vital to remember that while there are many reputable internet service providers in New South Wales, not all of them can guarantee optimal coverage to every single region, especially when it comes to the more rural areas. As such, it’s advised that you double check the network availability of an ISP before you sign with them. If you’d like to do this one of our trusty internet advisers, feel free to give us a call on 1300 106 571 for a free broadband consultation.

NBN 12 - also known as Basic Evening Speed, the NBN 12 plan is the lowest and the cheapest of the speed tiers. NBN 12 offers a maximum download speed of 12Mbps.

NBN 50 - also known as Standard Plus Evening Speed, the NBN 50 plan gives you a maximum download speed of 50Mbps.

NBN 100 - also referred to as Premium Evening Speed. NBN 100 plans are the fastest and the most expensive of the NBN speed tiers, offering a maximum download speed of 100Mbps.

Need more assistance in finding your perfect Ballina broadband plan? Give us a holler!  Compare Broadband is a free internet comparison service for all those who live in Australia, and we’re independently rated 5 stars by our customers with a Trust Pilot score of 4.8 out of 5 based on over 1,800 reviews. You can use our website to compare the best Ballina broadband plans and providers, or for a more human touch, you can phone one of our friendly broadband consultants directly. Call 1300 106 571 anytime between Monday to Friday 9am to 8pm, or Saturday to Sunday 10am to 5pm. It’s a service that is fast, friendly, and free!